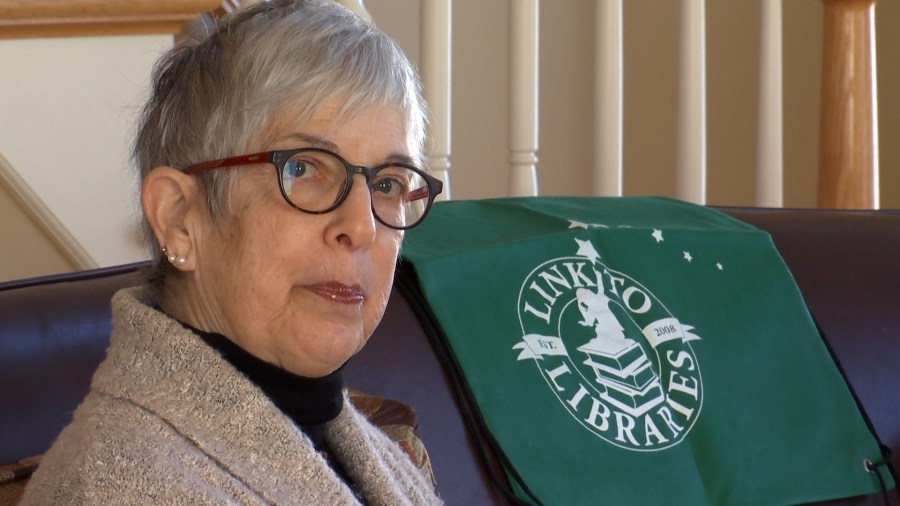 EAST LONGMEADOW, Mass. (WWLP) – During the month of March, we are highlighting the finalists for our annual remarkable women campaign. 22News introduces you to Susan Jaye-Kaplan.

“I touched the great wall of China, I overlooked the Grand Canyon, I even learned how to bake bread and I never left the couch of the Boston Public Library but I traveled the world,” said Susan.


Our Remarkable Women for 2022

As an orphan, Susan didn’t have much during her childhood besides a short walk to the Boston Public Library where she quickly learned the infinite possibilities that lie behind the cover of a book. Which explains her disbelief when as an adult she discovered 60 percent of kids in western Massachusetts had never owned a new book.

“It’s kind of shameful to live in the world we live in and not have a new book,” said susan.

It would provide the foundation for a non-profit organizations, Link to Libraries, which has given over 750,000 new books to children across western Massachusetts, the Berkshires and Connecticut. Connecting kids with books is not Susan’s only philanthropic endeavor, she picked up a new hobby roughly 25 years ago.

“I started to run. I ran at four in the morning because I didn’t want anyone to see me,” said Susan. New to the sport, she wanted to connect with other women runners, to ask questions and share the experience.
Not knowing where to turn she started her own running community.

“The Pioneer Valley Women’s Running Club, we originally called the Longmeadow runners but I changed it because I felt like we wanted to encompass other women from Connecticut and the Berkshires and Ludlow and Chicopee and everywhere else,” explained Susan.

Now a non-profit organization, the club’s mission is to support women walkers and runners with information and a way to connect with training partners. The organization inspired Susan to get kids running too and ‘Go Fit’ was born, a fitness mentoring program for underserved youth.

“Go Fit got taken over by Square One Child Care Centers because it got too big for me,” said Susan.

While Susan spent her free time giving to others, turmoil hit her personal life. Her husband Steve was diagnosed and has been battling glioblastoma since 2019. She has outlived her son, who passed away at 51 in 2020.

“None of us know how life is going to treat us. Yes. I’d like my husband to feel better. I’d like to have my son alive… but I look at my granddaughter who has the same blue eyes and I say, ‘Well he’s still here somewhere.’”

Through the heartache Susan can reflect on positive aspects of her live, “I think I’ve turned lemons into lemonade, if there is such a thing.”

Susan credits all she has accomplished to others, to her husband Steve and their kids, the librarian at the Boston Public library, those who helped her find her career, those who helped bring life to her ideas and those who reminded her…

“I could be, I should be, and I would be, anyone I wanted to be,” said Susan.

Three percent of workforce is on the clock this Labor Day

UMass Amherst to require indoor face coverings for everyone…

Hundreds of Buffalo fans expected to pack Boston bar to…

Russia preparing to celebrate ‘Victory Day’: What could this…