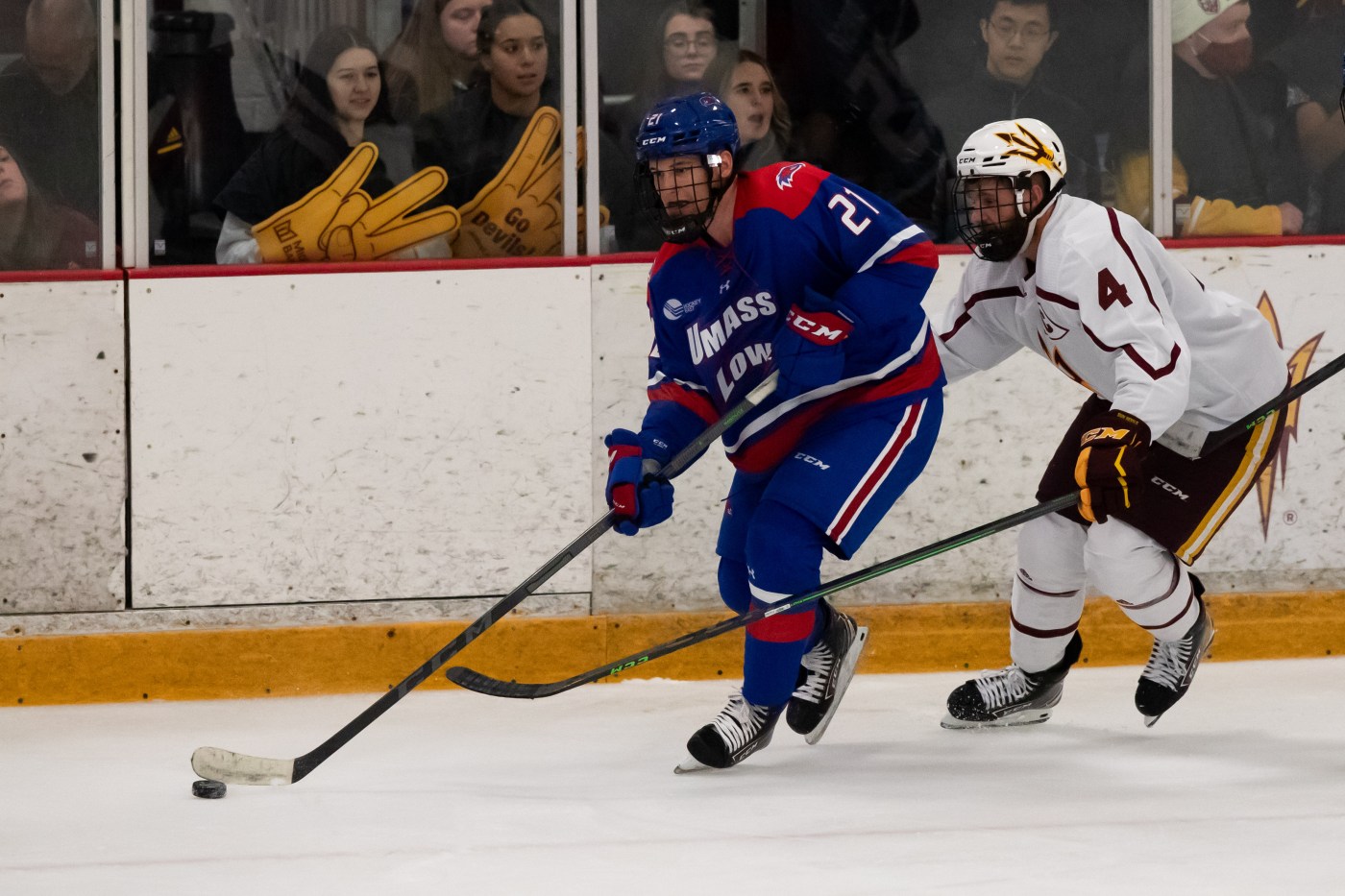 LOWELL — For just the second time ever, three-time national champion Michigan State will make a visit to the Mill City.

UMass Lowell will host the Spartans for non-conference hockey games Friday (7:15 p.m.) and Saturday (6 p.m.) at the Tsongas Center.

Michigan State’s only appearance in Lowell came on Oct. 25, 2014. UML skated to a 2-1 victory. One of the goals was tallied by Dylan Zink, now a UML assistant coach. Overall, UML leads the all-time series 6-4 and has won six of the last eight meetings. UML is 2-0 against the Spartans in the NCAA Tournament.

UML (1-1) hasn’t played in nearly three weeks since splitting at Arizona State. The River Hawks were scheduled to host two games last weekend, but the games were postponed due to COVID-19 issues within the Long Island University program.

UML held an intrasquad scrimmage last Saturday to try and stay sharp, but it’s not the same as a real game.

“Right now we don’t care if we play the (Boston) Bruins, we just want to play games. No disrespect. The guys are just itching to play,” Bazin said.

This weekend will mark UML’s first home games before fans in 19 months.

“It will be a welcome back party to the fans. I’m excited for our guys. Welcoming back the fans will be another sense of normalcy,” Bazin said.

UML will have to pay attention to Michigan State fifth-year senior Mitchell Lewandowski, who leads the team with a 3-3-6 line. He has 52 goals and 54 assists in his career.

Splitting time in net so far for the Spartans, who captured national titles in 1966, 1986 and 2007, has been sophomore Pierce Charleson and senior Drew DeRidder.

UML will play twice at Michigan State during the 2022-23 season.

After not playing a game for nearly three weeks, Bazin said rust could be a factor.

“You always worry about a bunch of things as a coach,” he said. “We just want to play games and get better.”

UML will welcome back junior forward Carl Berglund to the lineup. Berglund hasn’t played since suffering a knee injury last Feb. 13 during a game against Boston College. Berglund, who has 34 points in 45 career games, is perhaps UML’s top two-way forward

Dog treats made in Massachusetts linked to salmonella cases…

Springfield fire crews were called to a reported house fire…

Ways to help your college student create a budget | News