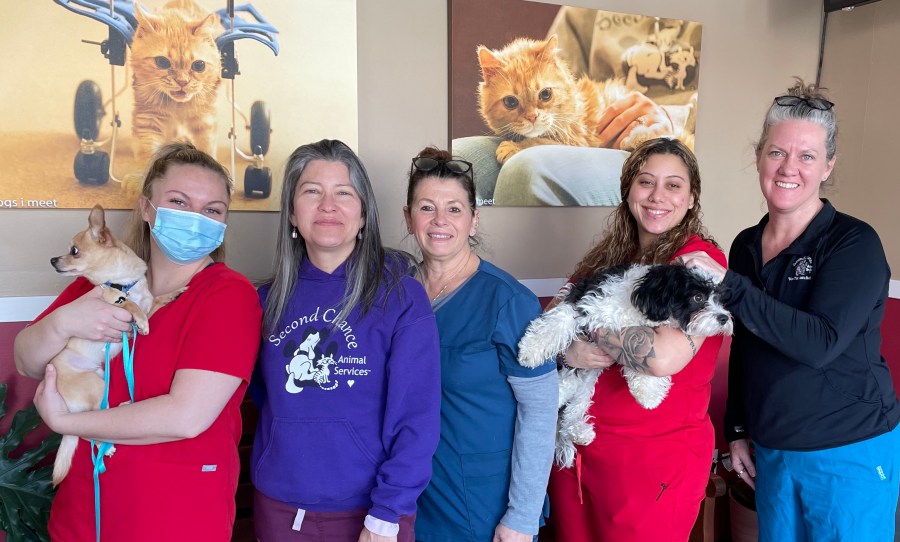 The patient of the surgery was an 11-month-old cavapoo named Jax. A local animal control officer from a nonprofit called Helping Hand Program brought in Jax. The program gives other animal welfare organizations a helping hand.

The Second Chance Animal Shelter in East Brookfield had first begun the low-cost neuter program in 2005 to help with pet homelessness. Nonprofit hospitals across the area each month now provide neuter surgeries to hundreds of dogs through grants and donors. Later this year, the educational hospital in Southbridge will begin low cost neuter programs.

“We know just how important spay/neuter services are. Not only does the program help prevent pet homelessness, but it also improves the lives of pets receiving the surgery. Many of the emergency surgeries we perform are on female pets suffering from pyometra, a potentially deadly infection of the uterus. Routine spays and neuters can help protect pets from many life-threatening conditions including pyometra and testicular cancer,” said Amanda Normandin.

Second Chance has high efficient trained surgeons to operate surgeries. The day of surgery, pets check in early morning and are discharged later that same day.

Second Chance founder and CEO Sheryl Blancato discussed the longstanding low-cost spay/neuter program, “Thanks to these surgeries, less pets are ending up in Massachusetts shelters, which means more pets in shelters are getting a second chance.”

Identity Theft Awareness Week: How to protect yourself

Light Up the Fairgrounds kicks off this weekend in Franklin…

Keeping your health in check after Daylight Saving Time