Several departments called to fire on Hoosac Road in Conway 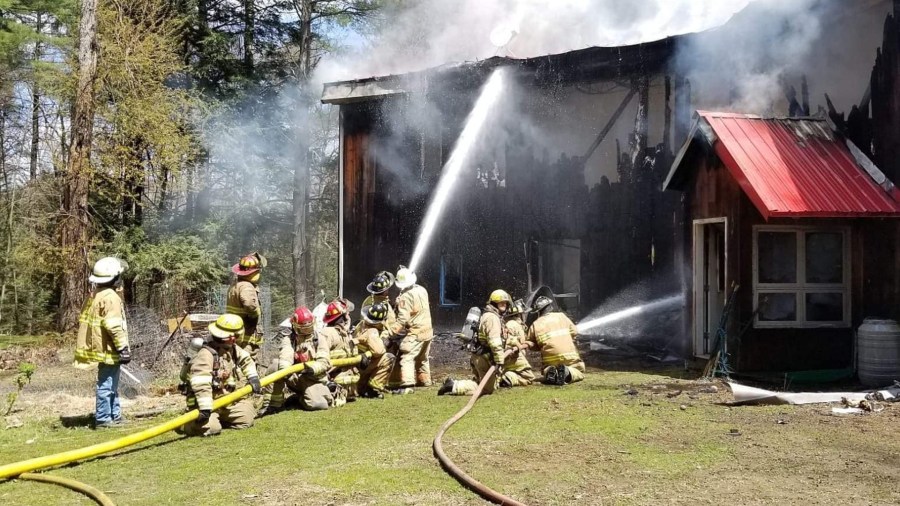 CONWAY, Mass. (WWLP) – Several local fire departments were called to assist with putting out a fire in Conway Saturday.

According to the Conway Fire Department, at around 11:45 a.m. crews were called to a fire on Hoosac Road. Additional crews from South Deerfield, Ashfield, Shelburne Falls, Whately, Greenfield, Deerfield, and Buckland fire departments were called after heavy smoke was seen from an area fire tower.

In need of more water after about an hour, crews assisted from Charlemont, Colrain, Hatfield and Williamsburg to cover Conway’s fire station and Plainfield covered the Ashfield fire station.

The cause of the fire has not yet been released.

PHOTOS: Raccoon peeking out from tree

911 Burgers and Dogs in Agawam to close after decades in…

Djokovic can play at Wimbledon; no vaccination required –…

Massachusetts prepares for 600,000 residents to get Pfizer…

Cloudy And Warm Today, A Chilly Rain On Monday? | Weather