Sewage backup is the latest problem at Roderick Ireland courthouse 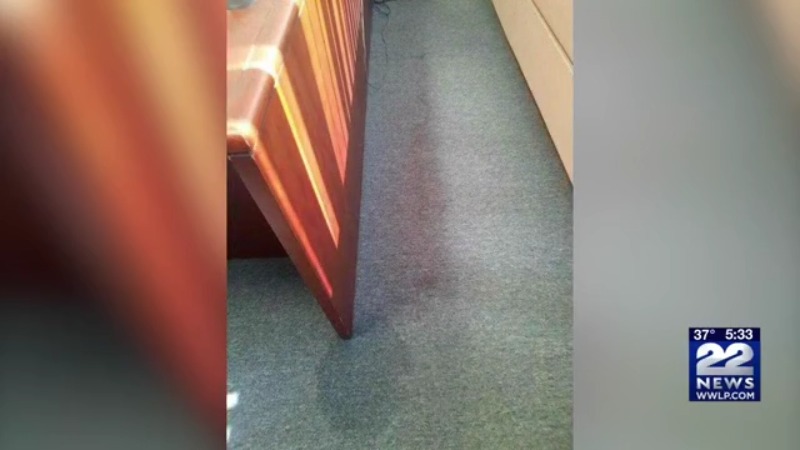 SPRINGFIELD, Mass. (WWLP) – The Roderick Ireland Courthouse in downtown Springfield is dealing with more potential health and safety issues. Along with the ongoing mold problems, there is now a sewage backup in the courthouse.

According to a spokesperson for the Hampden County Registry of Deeds’ office, the backup, which has been an issue since Monday, is on the fourth floor of the building and is causing sewage to leak from ceiling tiles onto offices on the second and third floors of the building.

This comes just days after a group of lawyers suing to have the courthouse closed released a report on mold inside the building, saying it is toxic and potentially cancer-causing.

The Trial Court of the Commonwealth, which operates the courthouse, says the building is safe after doing their own study. The Trial Court does not plan to replace the structure with a new courthouse, and will instead be moving forward with a “comprehensive rehabilitation and renovation plan,” which includes new windows, a new roof, and a new HVAC system.

Currently, the Hampden County Sheriff’s Department is not sending inmates to the courthouse over concerns about the building’s safety, and is instead having them participate remotely in hearings.

On Wednesday afternoon, candidate for Attorney General Shannon Liss-Riordan will join Hampden County Register of Deeds Cheryl Coakley-Rivera and the business manager of a union representing courthouse workers for a news conference at 1:15 p.m. to call for the building’s closure.

Gas prices drop nearly five cents in the past week in…

Frigid morning but moderating trend on the way | Weather