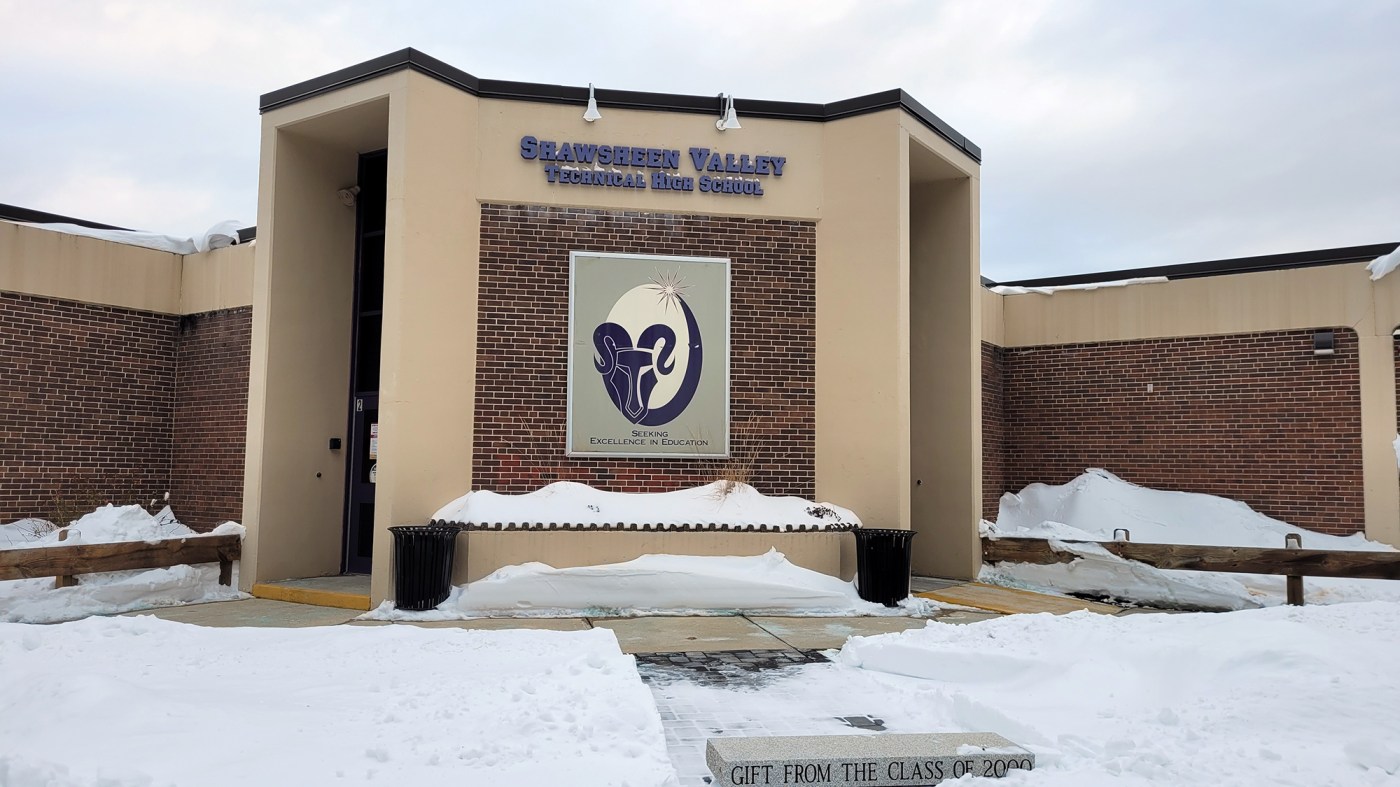 A junior fireballer, MacLeod surrendered seven hits, fanning three, while walking none. He threw only 78 pitches in the 90-minute contest, while eliciting 13 ground-ball outs.

Shawsheen scored its lone run of the game in the fifth. Senior Jack Glennon got hit by a pitch to lead off the inning. An errant pick-off throw got him in scoring position, before Evan Galanis laid down a bunt moving Glennon to third. Senior Shane Costello lofted a sacrifice fly to deep right scoring Glennon easily. Shawsheen Tech’s defense was stellar, with catcher Brendan Lee calling a great game. Offensively, Ryan Santini had three hits, with Shane Costello, Owen Duggan and Mike Maselli also chipping in.

Sophomore Alex Kelly earned the win in his varsity debut, as GD dropped Marlboro in a Mid-Wach B match up.

The game was stopped in the sixth due to a 10-run mercy rule. Isaac Zhang provided plenty of pop going 3-for-3 with a triple and three RBI. Zak Metzger also hit well going 3-for-4 with four RBI.

Izaviah Hong made a killing, Friday night. The Lowell outside hitter registered 12 kills in a 3-0 shutout over Central Catholic.

Ethan Cliff was in the kill zone, as Billerica bumped off Lawrence for its first win of the season.

The Raiders were bolstered by outstanding defense from Alicia Mansaray, Erin Asselin, Lily Cluff and Jiangly Paulino. Gosalie Sara Skaff made six saves in the loss.

Jillian Martin netted the har trick for the Lions, with Amelia Kelley and Olivia Hall each potting a pair and adding an assist.

Ava Balan added a goal and an assist with Tori Apostolakes rounding out the scoring with a goal. Billerica’s Julia Trainor tallied two goals while Sara MacLeod added the other. Trailing 9-2 at halftime, Billerica got big saves from goaltenders Katelyn D’Agostino (eight saves) and Keira Moore (four) in the loss.

Nicolette Licare fanned the offensive flames netting seven goals, helping Central establish the 13-4 edge at halftime. Abby Yfantopulos found the back of the net three more times, with Grace Lyndon and Kiara Edmunds adding the others.

Jasim endured a tough match that was close but ended up winning in a tiebreaker. Lundberg also pulled out all the stops in a come-from-behind effort, before taking the tiebreaker through very cold and windy conditions.

Seniors Tealei Chandonnet, Diana Marquez and Alanis Velez stabilized a relentless drive, as the Greater Lowell girls track team won its first meet of the season with a big decision over Whittier. Newcomers such as sophomore Brielle Hood handled the 400-meter hurdles with effortless ease.

Several freshmen also got to showcase their talents. A total of 34 Greater Lowell freshmen currently comprises the 81 total members in both the girls and girls program.

Tyngsboro’s Paige Patnaude pulled out the victory in both the shot put and discus, as the girls track team bowed out to Clinton.

Patnaude highlighted a strong ensemble with key performances throughout the meet. Emma Duarte took first in the two-mile, while scoring second in the mile. Isabella Duarte won the long jump, taking second in the 800m, and third in the triple jump, before capping her afternoon taking first in the 4 x 400m relay. Brylee Betty took top honors in the mile, with a strong second in the two-mile. Natalia Correia took control of the 400m hurdles, while also earning a share of the 4x400m relay win. Emery Gramer garnered the win in the 800m, while adding a winning leg with the 4x400m. Ella Campbell took first in the high jump. Mia Puopolo placed first in the 400m. Olivia Ducharme took third in the Javelin, and 200m.

The Littleton sophomore threw the javelin 120-feet, qualifying her for the championship heat of the 2022 Nike Nationals and the MIAA Meet of Championships.

Junior Lennox Mercado made his mark running the 200 in 24.4, as the Greater Lowell boys track team ran down Whittier for its first win of the season. Seniors Ryan Plowman and Albert Ferreras helped lead the way, Alexis Toste took first in the 400 meter hurdles, and third 3rd in the 100 meter hurdles. Sophomore Orin Futrell demonstrated his versatility, stepping in late for the mile run after running in the two-mile just three events earlier.

Several freshmen also got to showcase their talents. A total of 34 Greater Lowell freshmen currently comprises the 81 total members in both the boys and girls program.

Hunt headed a handful of impressive performances from the squad. Max Gregoire garnered the win in the 800m, while taking second in the two-mile. Brian DeSouza took first in the shot put and third in the discus. Colin Riley also ruled winning the two-mile.