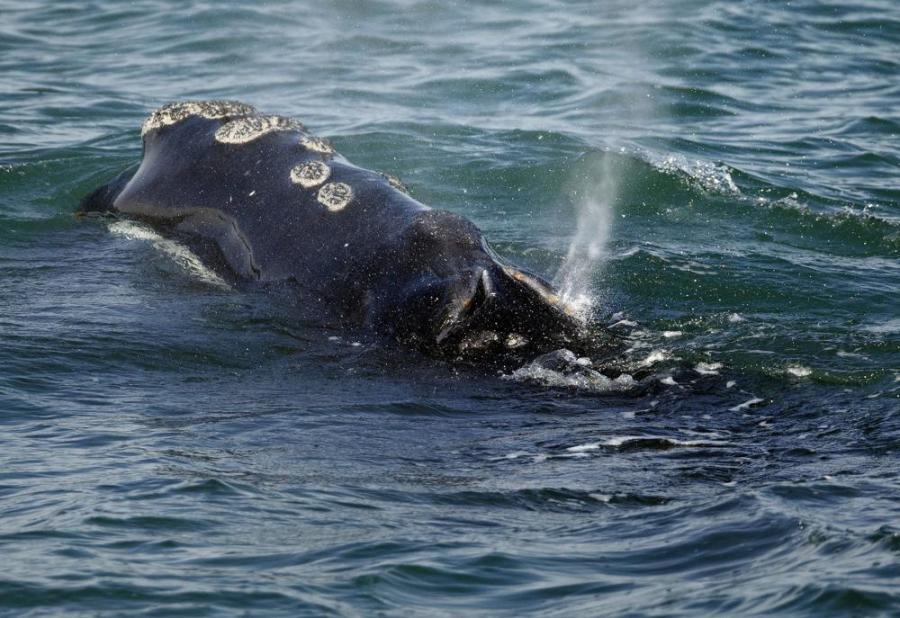 CAPE COD, Mass. (WWLP) – With the ongoing presence of right whales in Cape Cod, a mandatory speed restriction for boats and other smaller vessels will be in effect through May 15.


More than a dozen right whales spotted off Massachusetts coast

Small vessels less than 65 feet in length will be required to travel no faster than 10 knots while in Cape Cod Bay. The Massachusetts Environmental Police will be strictly enforcing the speed restrictions. In the Commonwealth of Massachusetts, it is illegal to approach a right whale within 500 yards.

Massachusetts Environmental Police Deputy Director, LTC Patrick Moran, shares that “Right Whales are susceptible to injury and death due to a variety of factors, including vessel collision.”

Right whales have been on the endangered species list since 1970. Cape Cod Bay is an important area for Northern Right Whales. According to the state’s website, up to 25 percent of the right whale population feed in the bay in mid-winter. Right whales can usually be seen from the Cape Cod beaches in the spring while they look for food.

According to NOAA, there are roughly 368 known right whales left as of 2019 and the number of calves has been below average.

Right whale surveys south of Martha’s Vineyard and Nantucket have been regularly conducted over the last past decade, including waters considered part of wind energy development. The research conducted by aerial survey teams has been funded by the Massachusetts Clean Energy Center, Bureau of Ocean Energy Management, and four wind energy developers. The surveys help monitor changes in the area’s aquatic population.

Starbucks is getting rid of single-use coffee cups, introducing a more communal model

‘Cheer for him no matter what’: Fans eagerly await Tom…

How can I tell if I have a cold, the flu or COVID?