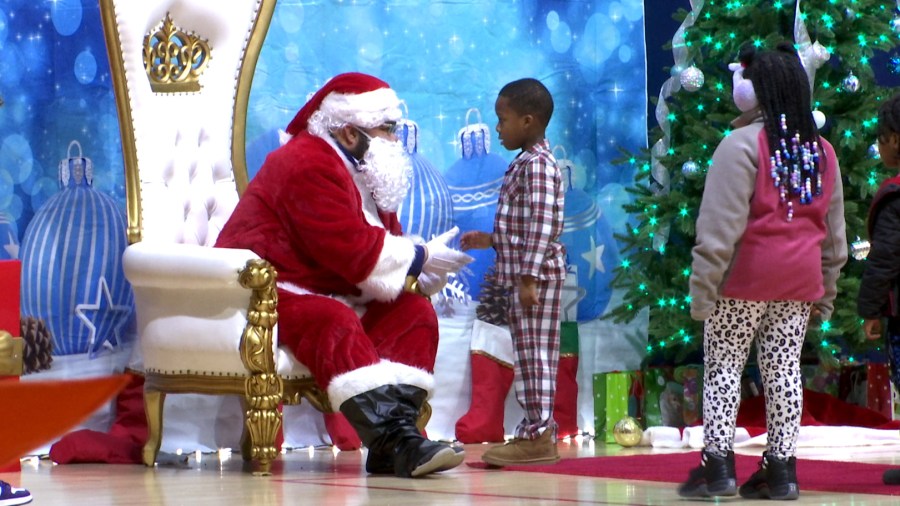 SPRINGFIELD, Mass. (WWLP) – It was a winter wonderland at the South End Community Center in Springfield Thursday night.

The community center partnered with Strong Young Minds Youth Development Program for a toy giveaway aimed at helping those in need find quality gifts for the season. And more than gifts, this holiday celebration offered ornament making, gingerbread house construction, and pictures with Santa, who was played by a special guest.

“Santa is being played by Senator Adam Gomez. It’s hilarious, it’s fun. The turnout has been fantastic. When we first opened it was flooded in here. We were shocked but it was a beautiful thing. The thing is we were actually prepared. We had extra gifts just in case more people came and we were able to give those kids gifts,” said Teka Jones, organizer of the event.

This event was also supported by Springfield’s Department of Health and Human Services, as well as Walmart, Home Depot, and Lowes.

Springfield FD respond to fire on Loring Street caused by…

Fire at White Terrace Apartments on North Street in…

Kentucky governor: Storms may have killed at least 70 people

Festival of trees with Springfield Boys and Girls Club kicks…