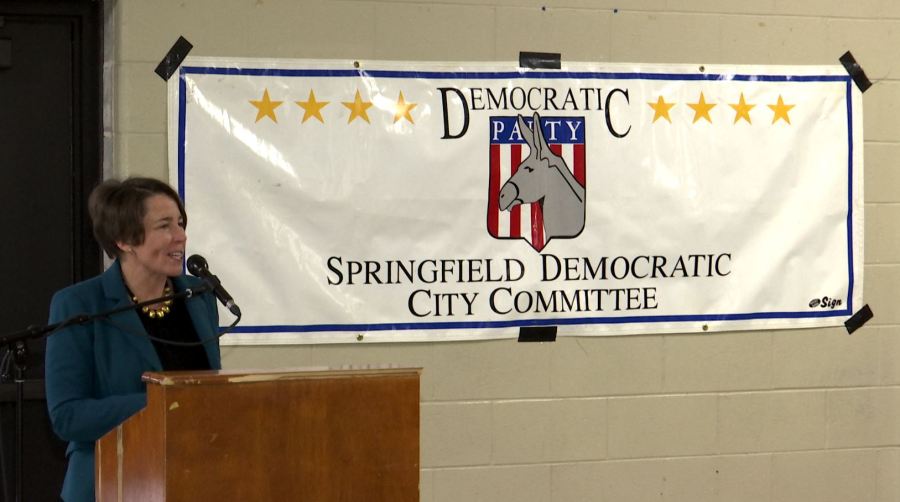 SPRINGFIELD, Mass. (WWLP) – Months away from the Democratic Primary in Massachusetts, caucuses were held across the state, with one hosted at Central High School in Springfield Saturday.

The caucus is to elect delegates and alternates for the 2022 Massachusetts Democratic State Convention. A total of 95 delegates and 13 alternates are expected to be elected from the Springfield’s 8 wards and will vote on the ballot for all statewide constitutional offices.

Delegates are responsible for voting on ballot access for the offices of Governor, Lt. Governor, Attorney General, State Treasurer, Secretary of State, and Auditor.

It’s about people, Massachusetts is a great state but right now I think so many families are struggling with high cost of living, with a high cost of housing We need to create jobs and economic opportunities and mobility for people all across the state. And Springfield and western Mass. that’s what I’m about.

Massachusetts Senator, Sonia Chang-Díaz, was also in Springfield Saturday to promote her candidacy for Governor.

Housing prices are going through the roof, some of the fastest growing student debt-load in the nation. You know, way too frequently, we on Beacon Hill tell the working families to wait for meaningful change on those problems and I am running to change that because we don’t have time to wait. When it comes to delivering quality education for our kids, debt free access to public higher education, these are things we can achieve in Massachusetts.

In June, Democrats will come together to endorse statewide candidates ahead of the September Democratic Primary.

Do you plan to travel this year?

Two days left to donate Toys for Tots at 22News

Wednesday marked deadline for Amherst-Pelham students to get…

FIFA urges players to get vaccinated, EPL lags on take-up –…