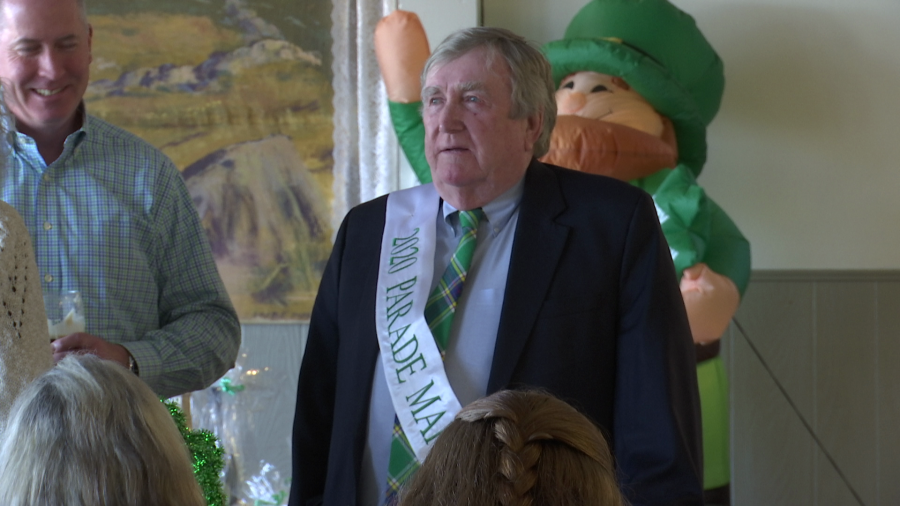 SPRINGFIELD, Mass. (WWLP) – The man who will lead the Springfield contingent at next Sunday’s Holyoke St. Patrick’s parade was honored.

“I just turned 70, so all my life the Holyoke parade has been in existence,” Cahillane told 22News. “And if you look back at all the fond memories: the laughs, the parties, the gatherings, those people who are alive today or those who have gone on, the parade brings plenty of people together.”

The 69th annual Holyoke St. Patrick’s Parade is next Sunday when thousands will line the parade route. If you don’t plan on attending, you can watch it live on 22News starting at 12 p.m.

All UMass campuses to require COVID-19 boosters for students…

First woman to command USS Constitution takes over on Friday

Nashoba Wolves Baseball Clinic to be held in April – Lowell…