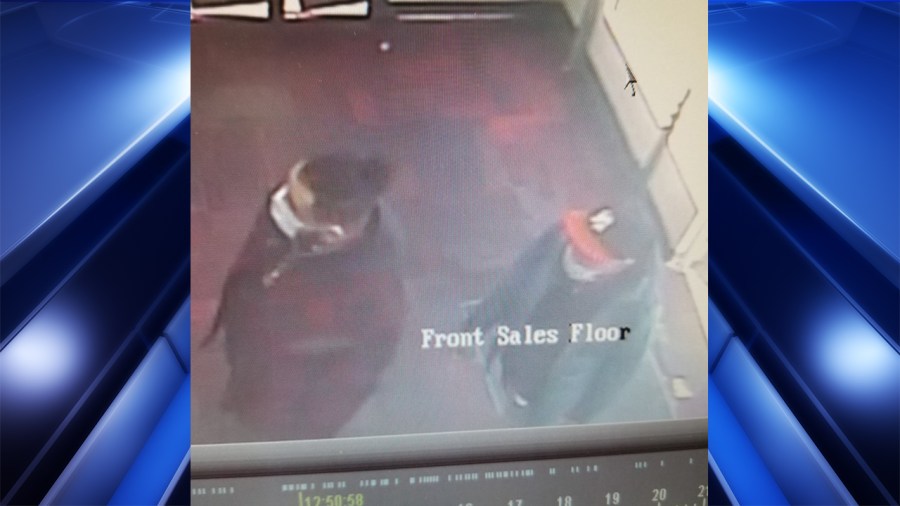 STURBRIDGE, Mass. (WWLP) – Sturbridge police are looking to identify two suspects that may have been involved in an incident earlier this month.

On April 7 around 1:00 p.m., the two suspects were seen walking into the GameStop on Charlton Road in Sturbridge. Police say they are investigating an incident that occurred and believe the two people in the photos below may be involved.

One suspect is seen wearing a cap with a distinctive red brim and the other suspect had their hair in a bun. Anyone that can identify these two people are asked to contact Sturbridge Police Officer Scott Crevier at 508-347-2525 ext. 344.

This Town Was Paradise, Then Everyone Started Working From…

MassDOT: Lane closures on I-90 in Lee, Blandford next week