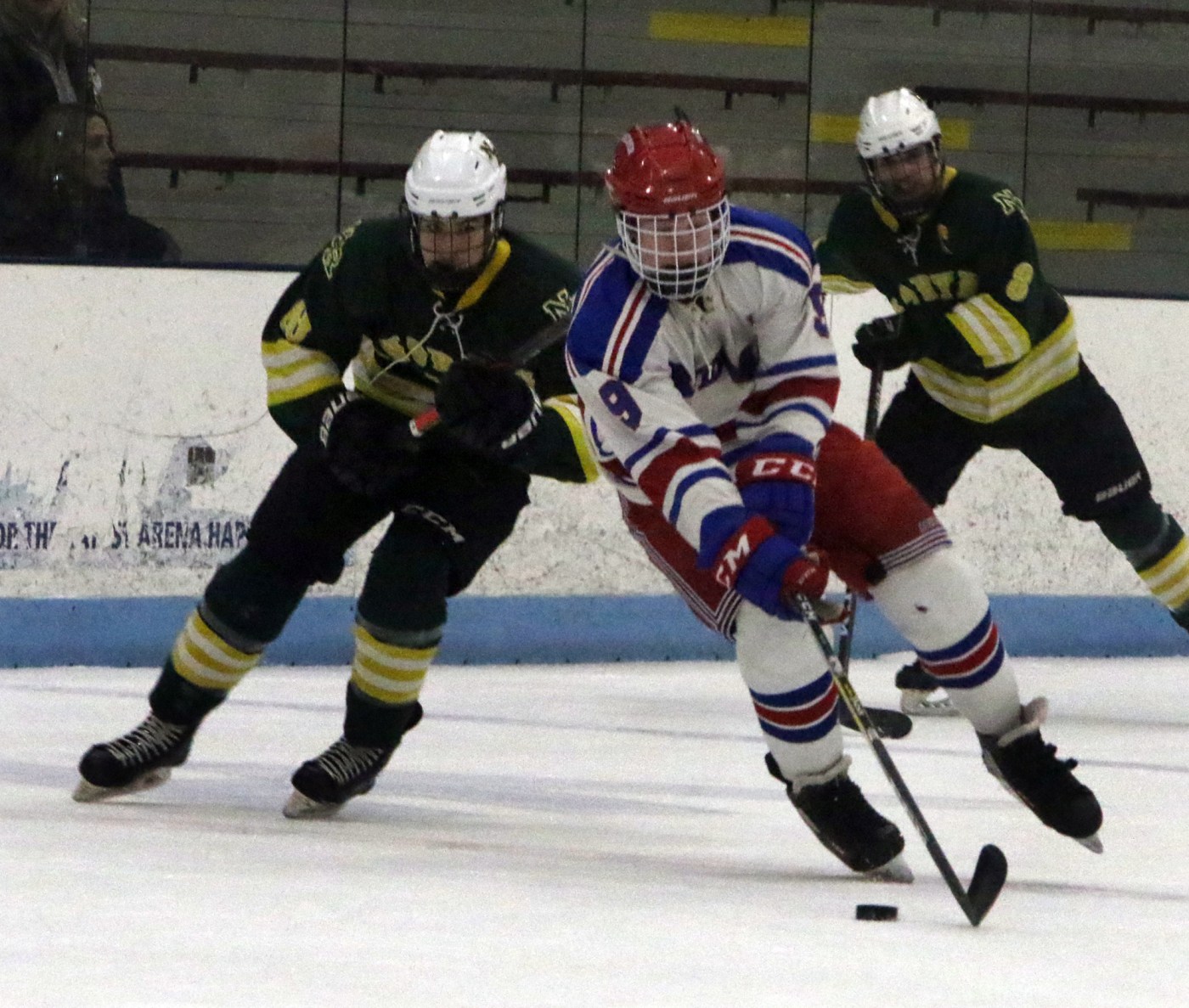 Matt Cooke added a few more winning ingredients, Tuesday night.
The Redmen’s forward netted a pair of goals, including the eventual game-winner late in the first period, as Tewksbury (16-2) ran down Wilmington, 7-1 at Ristuccia. Tewksbury asserted itself early grabbing a 2-0 edge at the end of the first period, only to extend it to 6-0 by the second intermission.
Jason Cooke led the offensive flurry in the middle stanza potting a shorthanded tally, while adding two assists. Right winger Tyler Barnes, defenseman Caden Connors and forward Jeremy Insogna each added a goal and assist in the blowout. Tewksbury outshot its opponent 45-21.
Next up for Tewksbury is a road trip to Concord-Carlisle, Thursday, Jan. 24. The puck drops at 3 p.m.

Zack Lizotte posted a goal and added an assist, as Littleton stopped Southwick.

Holding a 1-0 lead off a goal by Ryan McNaulty at the end of the first period, the Middies crashed the net in the second stanza. Defenseman Will Murphy buried the eventual game-winner off the crisp playmaking of Thomas Welborn and Evan Piekos. They added two more to ice the game in the third, with Nathan Smith and Lizotte rounding out the scoring.

Girls Basketball
Lynnfield 42, Lowell Catholic 28
Margaret Ozanian led a balanced Pioneer attack with 10 points, in the Skaff Memorial Winterfest Consolation game. Isabella George earned a spot on the All-Tournament team chipping in eight points. For the Crusaders, junior captain Catherine Antwi led all scorers with 23 points and six steals. She was also named to the All-Tournament team. With the loss LC falls to 6-12.

Farmland Investing | All you need to know w/Carter Malloy…

Catalytic converter theft: Can a simple piece of equipment…