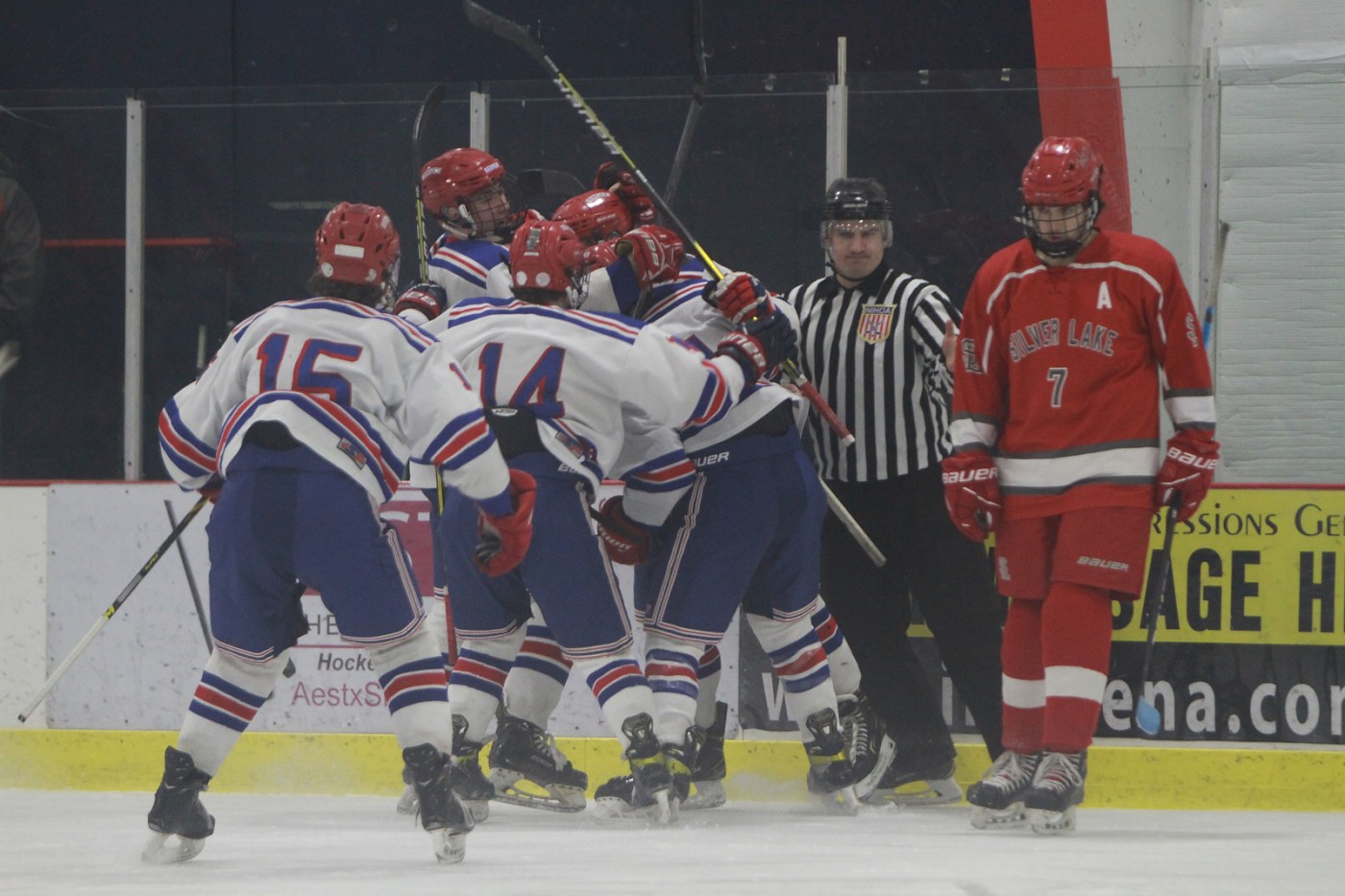 TEWKSBURY — In a game that took 2.5 hours to play and saw 25 penalties, including seven game misconducts and 116 total penalty minutes, the top-seeded Tewksbury Redmen advanced to the Div. 2 semifinals with a convincing 4-1 victory over No. 9 Silver Lake Regional before a huge crowd at the  Breakaway Ice Center.

It’s the second time in three postseasons that the Redmen have advanced this far, losing at the TD Garden in 2019. Five members of that team who were freshman are now one win away from returning with the next round to be played against No. 5 Duxbury with the date, time and location yet to be announced.

Friday night’s game started off with a bang as sophomore Matt Cooke scored just 21 seconds after the puck was dropped and that was followed with two more goals as the Redmen led 3-0 after the first. The second period was penalty-filled, but the lead went to 4-0 before Silver Lake scored a late goal in the third.

“This was, as we called it, a gong show. It was just very undisciplined. (Silver Lake) had kids standing in front of our bench, they had kids butt-ending (our players) in the head,” said Tewksbury head coach Derek Doherty. “They are kids, so after a while (something is going to happen). We try to tell our kids to skate away, but you can only take so much. They had a kid who butt-ended four kids on our bench and then he did it again. I said something to their coach and he said, ‘the referees let this game get out of hand’ and I said, ‘not really.’

“It was a mixture of everything. Our guys are physical, we play physical and that’s our style. We have some skill and we play physical. Teams don’t like that. They don’t like playing that way. That’s a perfect example. All of a sudden you see sticks going and slashes. It’s not good. I’m glad that we got through the game.”

After Cooke’s goal, Tewksbury scored their next two goals on the power play as Tyler Barnes got the second one, before Cooke scored his second of the game on an assist from his brother Jason.

After that, the game was tension-filled with various scrums, and it became a contest of one penalty after another.

“The referee said that he was going to give out two, five and 10-minute penalties. That’s not hockey. You are going to do that if you are a referee in Hockey East? No, of course not because they would get fired. Those guys are good officials, typically they are good officials. I just think when they say ‘we are going to give everyone five and ten-minute penalties,’ that’s not how you do it. That’s a cop out,” said Doherty.

Lost in the hoopla was the play of Redmen goalie Ben O’Keefe. Although Tewksbury held a 37-18 shot advantage, he came up with huge save after huge save when tested, especially on several power plays.
“Benny was awesome, just awesome. He was lights out today, just lights out. They could have easily come back. He was focused even with the opponents’ fans behind him (for two periods). He came to play today which was great. He has been solid for us all year long,” said Doherty.

Why Phenology Is Important

Focus on Keynote – A Workshop

The Virtual Railfan 2021 Whistle Stop Tour: A Tale Of…