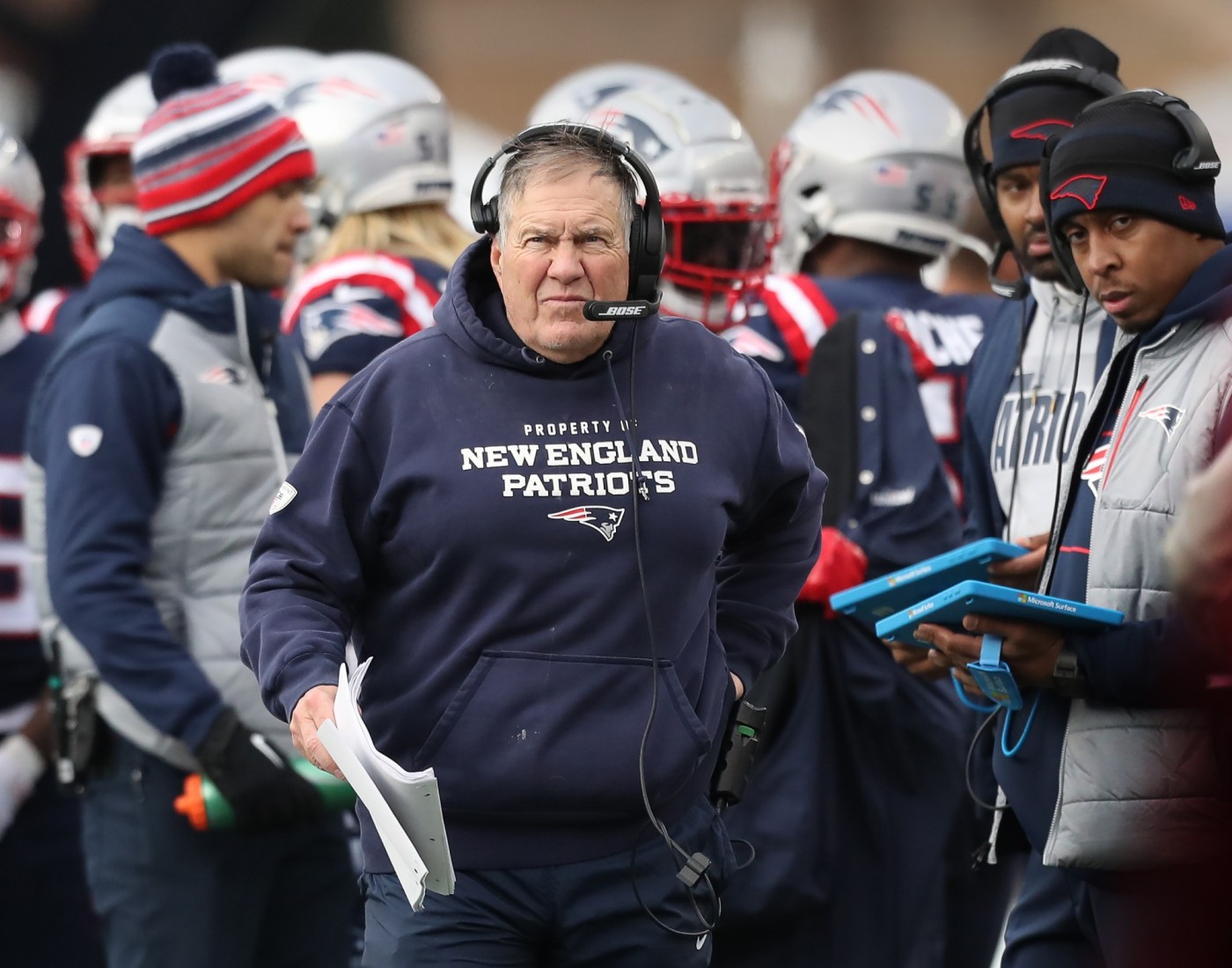 No player can sign a new contract until Wednesday afternoon, but for all intents and purposes, NFL free agency kicks off Monday.

Starting at noon, every team can reach terms with an impending free agent, thanks to the league’s two-day league’s “legal tampering period.” The Patriots currently are armed with $10.2 million in cap space, 20th-most in the NFL, per Over the Cap; perhaps too little to address obvious roster holes at wide receiver, linebacker and cornerback all at once.

Then there’s the balance they must strike between landing new players and re-signing their own free agents: J.C. Jackson, Trent Brown and Dont’a Hightower, to name a few. Some of those players were pillars of the team’s resurgence last year, when the Pats returned to the playoffs as a 10-win team. Retaining a few veterans figures to be good business.

Ultimately, the front office’s success or failure this week will depend on a number of factors, not a single signing, position or pursuit. Here are the four most critical components of the Pats’ upcoming venture into free agency.

As the biggest domino yet to fall, Jackson’s decision will dictate how the Patriots operate for the rest of free agency.

The front office may already believe it’s lost Jackson. The Herald’s Karen Guregian reported the two sides are headed for a split. Still, there is a tiny chance Jackson’s projected market falls short and the 26-year-old circles back to New England.

He’s a high-variance player who leads the league in interceptions since he entered the NFL in 2018, yet can’t get a hold on Stefon Diggs, the best receiver in the AFC East, or tackle consistently. To be clear, Jackson is a certified No. 1 corner. But his playing style can lean toward boom-or-bust at times and may scare a suitor or two off.

If so, and he re-signs, that will be a coup for the cornerback-starved Pats, who would then likely be strapped for space. If not, Jackson will ink one of the richest free-agent deals ever for a corner elsewhere, and the Patriots should turn immediately to cheaper veterans like Philadelphia’s Steven Nelson, Pittsburgh’s Joe Haden, Baltimore’s Anthony Averett or Kansas City’s Charvarius Ward. Once Jackson decides, the Patriots must be prepared to pivot quickly on Day 1.

Until last year, the Patriots made a habit of sitting out the first wave of free agency.

Guregian: What the Patriots should do and likely will do with their free agents

The front office would wait for all the big-ticket players to sign bloated contracts with other teams, deals that ran contrary to their value-based approach. Next, the Pats would swoop in and nab the players whose markets had fallen short of expectation and sign them at a solid price. This is how they quietly won so many offseasons, allowing the market to come to them instead of reaching out and risking an overpayment.

Considering they rank in the bottom half of the league in cap space, the Patriots are likely to return to their roots this week. Most in-house free agents will hit the open market and return with their best offers on Day 1, allowing the team to either match or decline. Then Bill Belichick will either welcome them back or scour for their replacements on Tuesday when initial asking prices have fallen.

But if the Pats haven’t reached terms with a wide receiver or cornerback by Wednesday, it will serve as a strong indication they’re in trouble. That means they’ll have missed out on their top targets and be fighting for scraps with the rest of the league, including teams with less cap space, who had no choice but to sit the first few days and will suddenly sense they have more options than expected.

Tuesday will be a telling day.

Thanks to the power of his position and the proverbial Year 2 leap, Jones can elevate the 2022 Patriots unlike any other player on the roster and available in free agency.

That power (and his cost-controlled rookie contract) is why many feel the Patriots should pursue a No. 1 wideout. Because how well or poorly the Pats support Jones with upgraded pass catchers and pass protectors next season could mean the difference between another one-and-done playoff appearance or a deep run. Unlocking his potential is the key to unlocking this team’s contention.

In free agency, the Patriots should retain most of what finished as a top-10 offensive line in pass protection by Pro Football Focus grades and adjusted sack rate. Starting left guard Ted Karras and right tackle Trent Brown are both impending free agents. Third-year lineman Michael Onwenu should offer a fine replacement for one of them, but losing both would hurt.

Third-down back James White and his 2021 injury replacement, Brandon Bolden, are also trusted pass protectors and receivers; players who have single-handedly kept Jones out of trouble. Expect the Pats to re-sign at least one.

Or the front office could shatter expectations by foregoing their in-house help for Chicago wide receiver Allen Robinson, Arizona’s Christian Kirk or Jacksonville’s DJ Chark. Any of them would step in as the most talented receiver on the Patriots roster and set their current wideout depth chart into proper order with Kendrick Bourne serving as a No. 2 option and Jakobi Meyers as a No. 3 receiver.

Don’t discount a possible trade, either, with Carolina’s Robby Anderson a rumored target, per multiple reports. Because even if the Pats fail to address all their needs this week, including one as dire as corner, but they inarguably boost their offense, it will be hard to argue they didn’t succeed in free agency.

PERSON HOLDS UP AMTRAK AT FT. MADISON, AMAZING WEATHER AT…