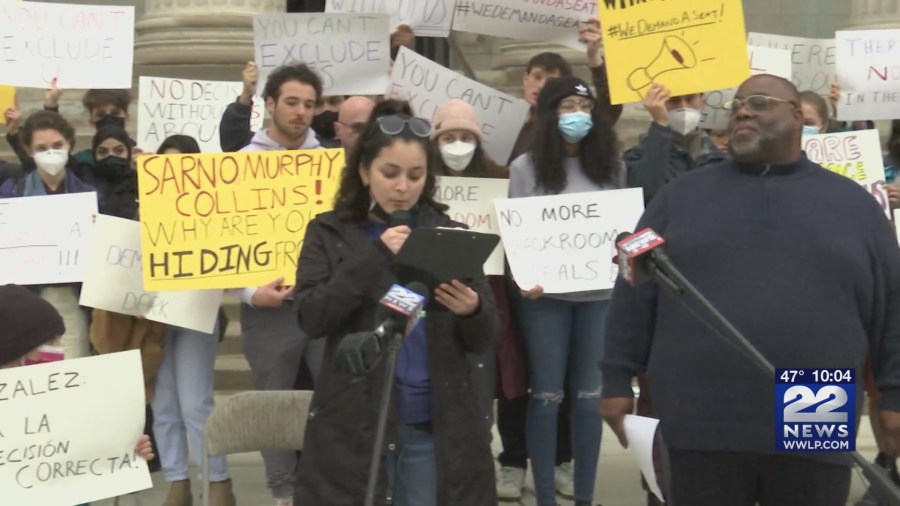 SPRINGFIELD, Mass. (WWLP) – The Pioneer Valley Project came together for a protest on the steps of the Springfield City Hall.

This protest is against the Springfield school committee’s decision to allow the city’s police to access live and pre-recorded surveillance video inside the schools.

Protesters held signs in both English and Spanish that said things like we demand a seat, no more backroom deals, and more. 22News spoke to those in attendance calling for action.

“The fact that we have a policy that allows police to access video of students inside of your schools and most of us had no idea about this is truly unbelievable. The school committee members who voted for this policy actively prevented us from having a seat at the table. Today we are here to take our seat at the table.” Reverend David Lewis, President of the Pioneer Valley Project told us.

According to the pioneer valley project they have reached out to the Springfield committee and they have yet to receive a comment about what actions they’ll take to have more transparency when it comes to the surveillance of students in schools.

Everything You Ever Wanted to Learn About Chocolate!

Springfield fire crews were called to a reported house fire…