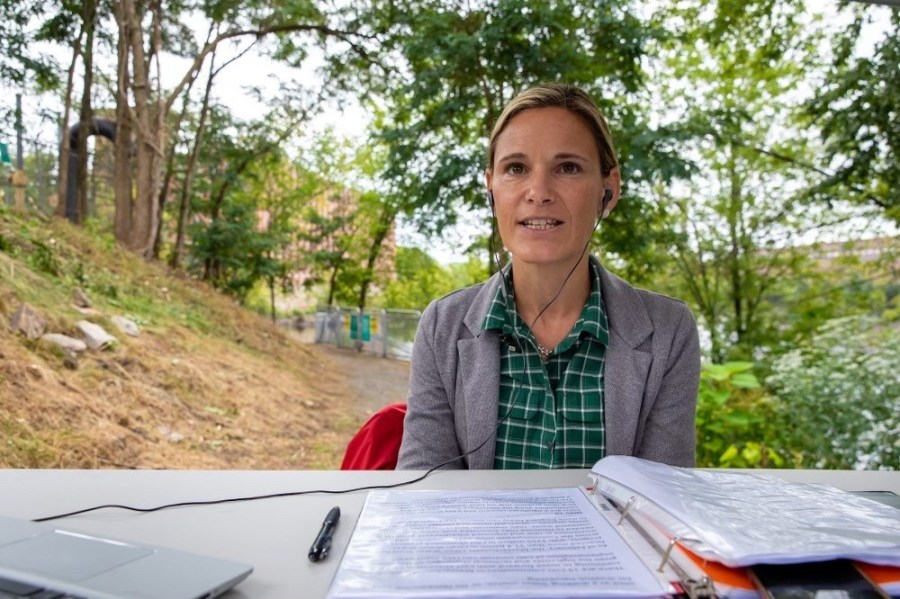 BOSTON, Mass. (SHNS/WWLP)– As the Baker administration tries to get its favored energy and environment legislation across the finish line in the next three months, it will be without Energy and Environmental Affairs Secretary Kathleen Theoharides, who announced Wednesday that she is resigning on May 6.

Beth Card, the undersecretary of environmental policy and climate resilience, will take over that same day as Gov. Charlie Baker’s third head of the Executive Office of Energy and Environmental Affairs.

Theoharides would not say Wednesday what “new professional opportunity” she is leaving the administration for, and said serving as EEA secretary was her “dream job.” “The tireless efforts of Secretary Theoharides have resulted in the creation of critical climate change programs, investment in the commonwealth’s renewable energy portfolio and the advancement of the administration’s decarbonization goals. She is a tough act to follow,” Card said at a press conference.

Theoharides joined the Baker administration in 2016 as director of climate and global warming solutions at the Executive Office of Energy and Environmental Affairs after spending six years running an environmental consulting business. She was promoted to assistant secretary for climate change in 2017 and became secretary when Matt Beaton resigned in 2019.

While Theoharides was Secretary several major climate initiatives and infrastructure projects were accomplished including:

“Secretary Theoharides has been dedicated to making Massachusetts a national leader in climate solutions, including guiding the development of the offshore wind industry. Katie has done a tremendous job leading our administration’s statewide efforts to comprehensively plan for the effects of climate change, and I wish her all the best in the future,” said Governor Charlie Baker. “Beth Card has a deep knowledge of environmental policy and a wealth of experience in leading climate resiliency efforts in state government, and we are glad to appoint her as Secretary.”

Card said she has spent her entire career in public service and served as the director of environmental and regulatory affairs for the Massachusetts Water Resources Authority before joining the administration in 2021. A Newburyport resident, Card holds degrees from the University of New Hampshire and the Massachusetts School of Law.

As Theoharides prepares to depart, the Baker administration is making the case for a $3.5 billion economic development bill that includes $97 million in additional environmental infrastructure grants, $64 million in clean water projects, $231 million in funding for parks and trails, and $750 million for a clean energy innovation center. The administration is also busy implementing the 2021 climate roadmap law, developing a new stretch energy code and working to secure additional offshore wind power. “Much of the important work she began in EEA will continue this year under Beth’s leadership,” Baker said of the transition

YOU’RE NOT LEAVING WITHOUT ME! TRAIN GOES INTO EMERGENCY AT ASHLAND! "BOING" AT REVELSTOKE 4/27/22

What to know about the Ukraine invasion as Russian troops…