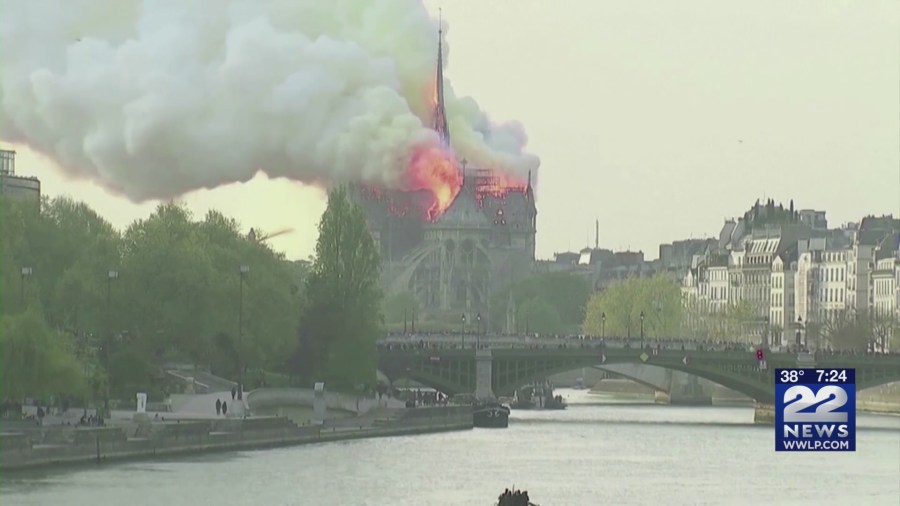 (WWLP) – Friday was the third anniversary of the massive fire that destroyed Notre Dame Cathedral in Paris.

The fire tore through the roof of the medieval church, eventually causing the building’s iconic spire to collapse.

Since that day, the city and country have been working to restore the 12th century landmark to its former glory.

French President Emmanuel Macron visited the site to see the progress that’s been made on the massive renovation project. A national commission has approved plans that include the identical restoration of the church.

President Macron hopes the renovation project will be finished in time for the 2024 summer Olympics in Paris.

Exposed to COVID? How long to quarantine, according to CDC…

Local singer that appeared on The Voice continues to follow…