“This is our generation’s fight now,” locals protest for abortion rights 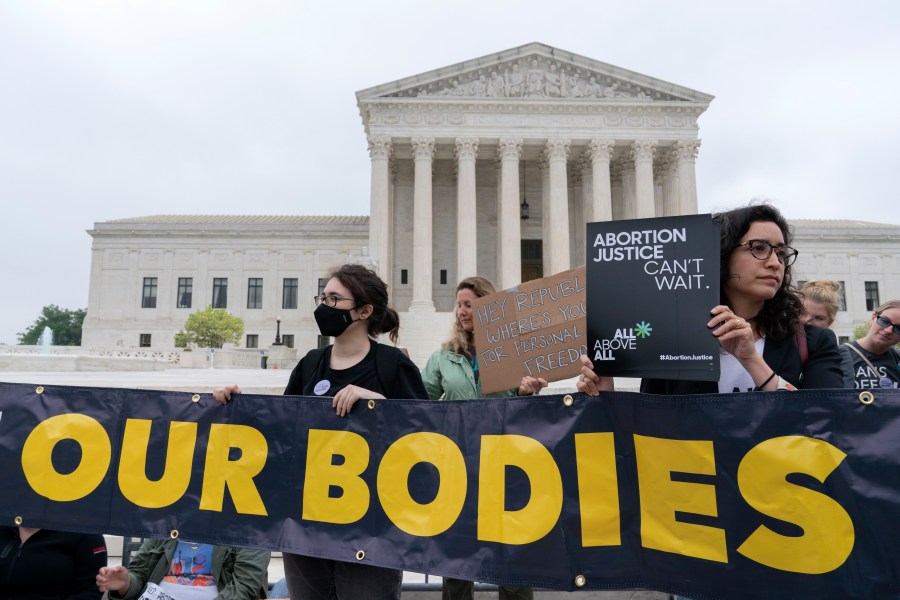 NORTHAMPTON, Mass. (WWLP) – Outrage continues across the nation, and also here in western Massachusetts over the fate of the landmark Roe v. Wade case.


What does overturning Roe v. Wade mean for Massachusetts?

Local communities protested the high court potentially overturning the legal precedent. 22News was in Northampton as a protest in front of Northampton City Hall unfolded, with locals saying they believe overturning this protection would mean women are not valued in this country.

Despite what decision the supreme court makes, abortion is expected to remain legal and accessible here in the Commonwealth. The Roe Act was passed in 2020 expanding abortion services in Massachusetts.

“In fact that Roe Act in Massachusetts lowers the age from 18 to 16 and actually has a provision that a woman doesn’t need a parent or guardian’s consent,” said James B. Winston, Northampton lawyer.

Governor Baker taking to social media to show his support for women having the right to choose with state lawmakers echoing the same.

“We are okay in Massachusetts which means we have to leap from a very privileged place and help everybody that we can. Where are sisters and birth people being shut out from a medical choice of their own, with providers who are risking their lives right now to provide this healthcare? We can’t go back to that time. This is our generation’s fight now,” said Senator Jo Comerford.

And that fight is already being seen on the streets of Northampton.

When asked what she would want them to take away from this, Anna Dupray of Northampton answered, saying, “That they, you know, even if somebody tries to take something away from you, you don’t have to let them, and just that they should always stand up for themselves and for other people too.”

Some women at the rally have been in the fight since the beginning.

“We were here 50 years ago, advocating for choice,” said Flannery of Raging Grannies.

“We fought so hard 50 years ago, we fought and we won, and now it’s more than 3 steps backward,” said Rene Anderson of Raging Grannies.

“I can’t believe we have to do it all again, it wasn’t until I was 30 that abortion was legal. It was a nightmare to live in a world without abortion,” said Carolyn Oppenheim of Raging Grannies.

As for the other New England states, Connecticut’s Governor is projected to approve legislation that will allow more medical professionals to provide abortion services.

Celtics shut down Bucks to even series – Lowell Sun

The Great Resignation changing face of US workforce

A look back at the first Thanksgiving as Plymouth celebrates…

Fire out at key Ukraine nuclear plant after Russian attack,…

Dept. Of Education Releases Back To School 'Roadmap'…