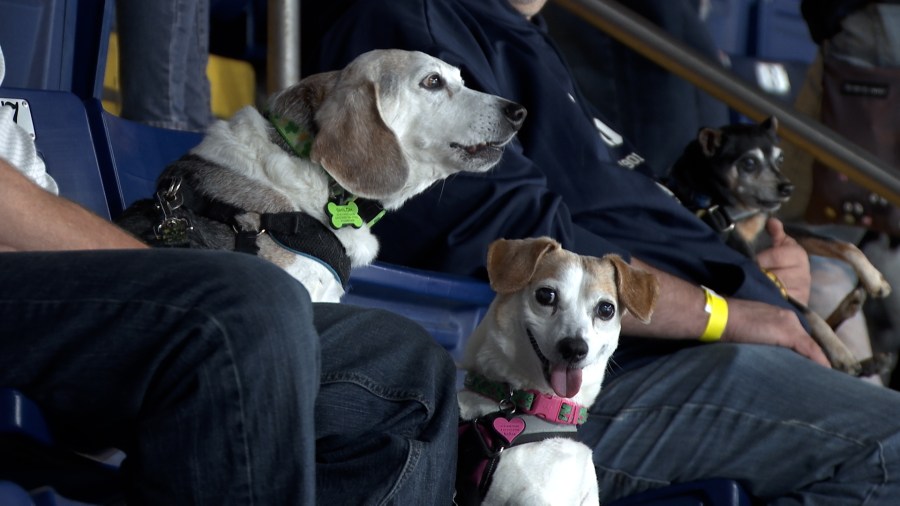 SPRINGFIELD, Mass. (WWLP) – The Springfield Thunderbirds have officially claimed their spot in the 2022 Calder Cup Playoffs but before that, they welcomed fans and their four-legged companions for the 3rd annual Pucks N’ Paws game.

“They are trying to take care of our four or three-legged family members,” said Mike Zaffelato of Springfield.

Pucks N’ Paws, a night where dog lovers and hockey lovers unite with the Springfield Thunderbirds to give back. Each ticket sold Saturday night will benefit the Foundation for Thomas J O’Connor Animals.

“This is just a great charity event for TJO and getting the entire awareness for all that they need and everything that they do,” said Jen Roberts of Springfield.

At Saturday night’s event, dogs and dog owners were able to not only support a great cause but also watch a good game. The paws weren’t the only thing fans were looking forward to, many looking forward to the Calder Cup Playoffs as the T-birds represent the city of Springfield in the Atlantic Division title for the first time since 2014.

And it seems fans are ready to see this team in the playoffs once again.

“That’s awesome that they made the made the playoffs,” said Zaffelato. “I want to see them win a good close game, a good hard fought game.”

“I think some dogs know hockey and they like it too,” Caden Fazo said.

The Thunderbirds won Saturday night beating the Charlotte Checkers in a shootout 2-1.

CVS will raise its minimum wage to $15 an hour | News

One injured in Union St. crash in Springfield | News