Troopers: At least 24 injured, one dead in shooting at Dumas car show 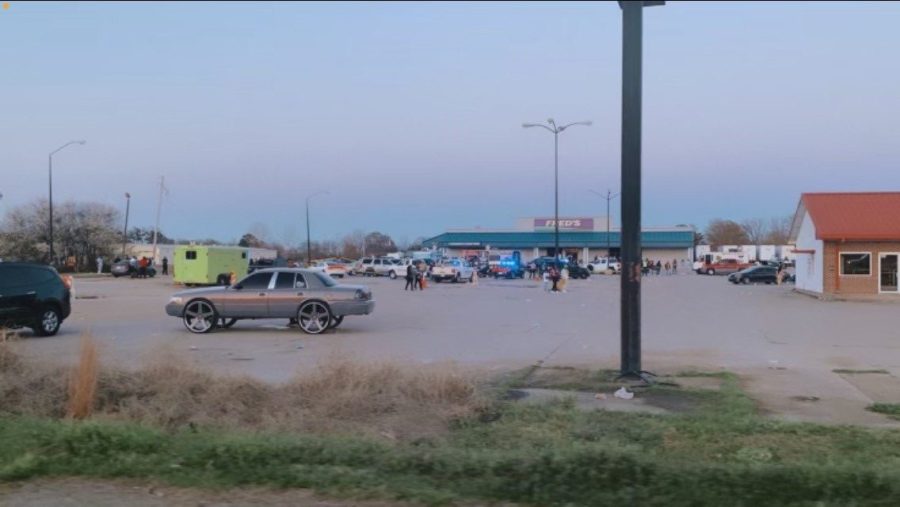 DUMAS, Ark. – (UPDATE 7:09 A.M.) Arkansas State Police confirmed early Sunday morning that one person is dead and at least 24 people have been injured in a shooting outside a car show in Dumas.

Troopers said one suspect is in custody and a search will continue Sunday for others who may have been firing into the crowd of people.

The Dumas police chief said several hours ago that several children were among the victims.

Investigators have been interviewing victims and witnesses overnight.

DUMAS, Ark. – (UPDATE – 12:00 A.M.) Chief Keith Finch with the Dumas Police Department said one person was killed and at least 20 others were injured in the shooting incident outside of a car show Saturday evening.

The shooting happened outside of the 16th annual “Hood-Nic” event held by the Delta Neighborhood Empowerment Youth Organization. One of the organizers of the event said the gathering was an attempt to promote nonviolence.

The Arkansas State Police has taken over the lead in the investigation. A state investigator said the incident did not appear to be an active shooter situation.

UPDATE – 9:30 PM: Authorities on the scene of a shooting in Dumas say at least one person is dead. Investigators also said that children were among the victims.

The investigator at the scene also said that this did not appear to be a “mass shooter situation.”

Multiple agencies are on the scene, including the Dumas Police Department, the Desha County Sheriff’s Office and the Arkansas State Police.

Organizers of the event where the shooting happened said it was designed to promote nonviolence.

Update: According to the Desha County Office of Emergency Management, there were two different incidents that occurred. The first began with a high-speed pursuit that ended in a head-on crash.

The second incident happened during a car show in a parking lot. Victims are being taken to local hospitals in McGehee and Dumas, with one child being transported to the Arkansas Children’s Hospital. At least two victims have been airlifted from the parking lot.

DUMAS, Ark. – Officials with the Arkansas State Police say at least ten have been injured after a shooting in Dumas.

Troopers were dispatched to reports of a shooting that happened outside a local business where a car show was happening Saturday around 7:25 p.m.

There is no word at this time as to the extent of the injuries from this incident. There is also no word on any suspects in this shooting..

This investigation into this shooting is ongoing.

This is a developing story. Please check back for updates.

There’s another reason gas prices are about to rise

Three Kings Day history and significance across the globe

A snow storm has swallowed the USA!

Oppressive heat and humidity on tap Wednesday to Friday |…