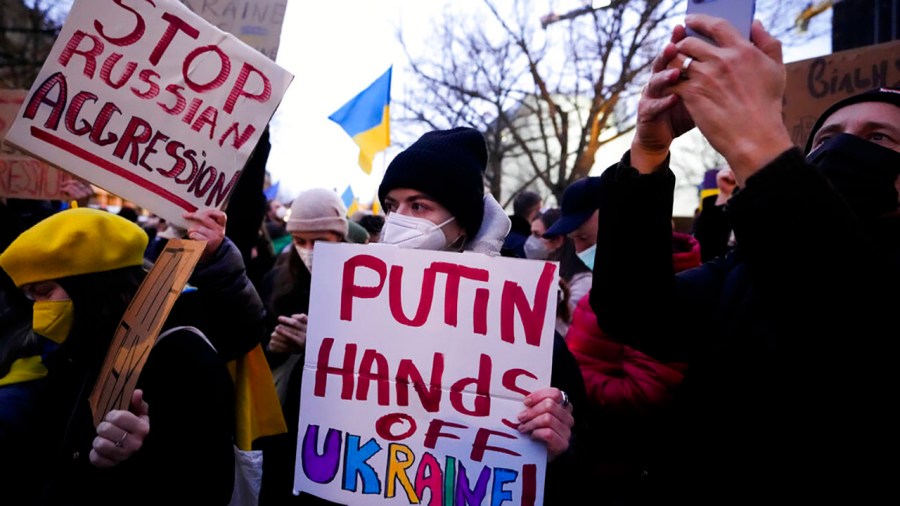 (The Hill) — The Ukrainian National Security and Defense Council asked its parliament to introduce a nationwide state of emergency amid the threat of a Russian invasion, according to multiple reports on Wednesday.

The state of emergency, which would initially last 30 days, would be enacted in an effort to Keep Ukrainians calm and protect the nation’s economy, Reuters reported, citing a senior security official in Ukraine.

“Depending on the threats that may arise in certain territories, there will be either a more strengthened or more weakened state of emergency. We are talking about border areas where we have a border with the Russian Federation, with Belarus,” Oleksiy Danilov said, according to Reuters.

The news service noted that some lawmakers have urged for Ukraine to enact martial law, which would impose even stricter restrictions, particularly on movement in general, but no such move has yet been made.

“If necessary, this provision will be adopted immediately,” Oleksiy added.

The state of emergency would reportedly allow officials to impose restrictions on transportation and ban strikes, as well as give local authorities the ability to enact curfews or other measures.

NBC News added that the Ukrainian parliament has also drafted a proposal that would allow citizens to bear arms in self-defense.

Ukraine on Wednesday began drafting reservists aged 18 to 60 into its armed forces after a presidential order on Tuesday. Ukrainian President Volodymyr Zelensky ruled out a general mobilization, however.

The treaties give the green light to Russian troops to enter the Donbas region and build military bases.

A Kremlin spokesperson said Tuesday that Russia recognized all territory that the separatists claimed in 2014 after Russia invaded Crimea.

Hundreds of thousands of Americans still without power in…

Patriots focused on stopping run ahead of matchup vs. Browns…

Crews respond to crash along Verge Street in Springfield |…