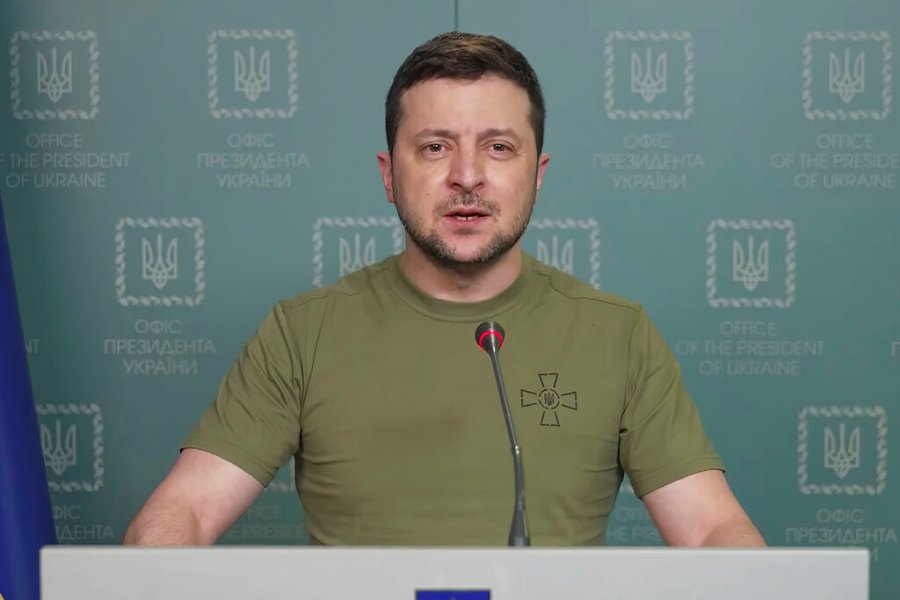 (NewsNation) — Ukrainian President Volodymyr Zelenskyy will deliver an address to U.S. Congress on Wednesday as he works to rally support as the Russian invasion of his country continues.

Zelenskyy will speak to members of the House and Senate. NewsNation will livestream Zelesnkyy’s remarks on this page at 9 a.m. ET.

The remarks come one week after Zelenskyy’s stirring address to the U.K. Parliament that carried echoes of Winston Churchill during World War II. Earlier this month, Zelenskyy spoke by video with House and Senate lawmakers, delivering a desperate plea for more military aid.

The Ukrainian president has specifically sought air support to battle the Russians, including the transfer of Soviet-era MiGs from Poland, but the Pentagon has closed the door on that idea for now, worried it could escalate U.S. involvement.


Why 2 Ukrainians are staying to document the invasion

As the invasion of Ukraine stretches into a third week, Russian forces have escalated their bombardment of Kyiv, a relentless onslaught that keeps deepening the humanitarian crisis in this war.

More than 3 million people have fled Ukraine since Russia invaded Feb. 24, according to the International Organization for Migration.

House Speaker Nancy Pelosi said Zelenskyy asked for the meeting when they spoke at the end of last week, and lawmakers are “thrilled” to have him address Congress.

This comes amid a NewsNation/Decision Desk HQ poll that found there is broad support for continuing to arm the Ukrainians in their fight against Russia, as well as for the economic sanctions imposed by the United States. But Americans draw a line: They are almost as strongly against using U.S. troops to defend Ukraine.

This story is developing. Refresh for updates.

Ghosts of America's Past: Buildings of the Kirkbride Plan

Police looking for suspects attempting to steal ATM in…