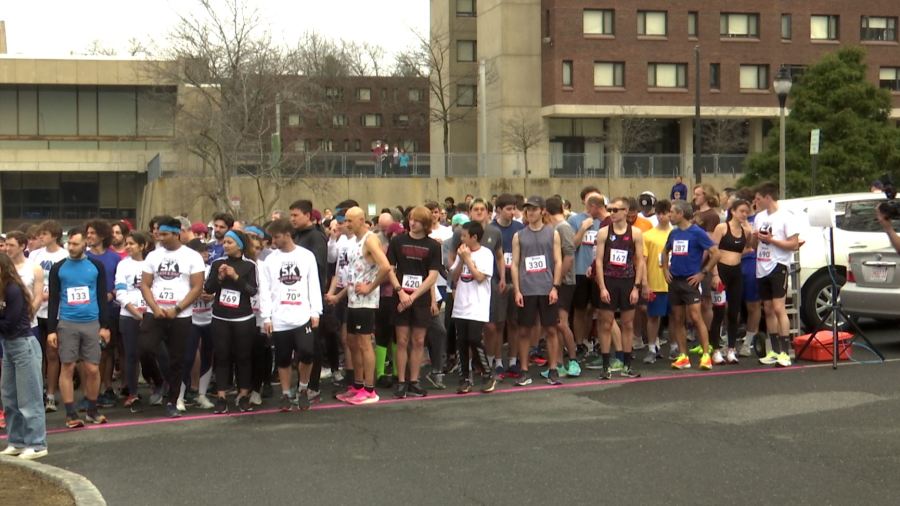 Racers woke up bright and early Saturday morning, ready to take on the course at UMass Amherst.

“I feel good,” said runner Aron Korsunski. “Had a nice three egg omelet, I feel really good! Lots of fuel for this race.”

Others hoping the weather stays sunny for the popular 11th annual race. Kayla Leary, another runner told 22News, “I’m feeling excited, it’s such a nice day outside. I think it’s going to be really fun.”

Nearly 1,000 racers of all ages from across western Massachusetts took their mark at the starting line. After a two year hiatus, organizers and runners say they were glad to be back and it’s all for a good cause. Runners, walkers, teams, wheelchairs, and strollers braved the potential bit of rain, all to support the Amherst Survival Center.

“We provide lots of resources to help people meet their basic needs, throughout the pandemic and continued to have really focused on scaling up our food and nutrition programs because there have been such an increase of food insecurity,” Lev Ben-Ezra, Executive Director of the Amherst Survival Center said.

The center, using the profits raised from the race, $7,000, to fight food insecurity in western Massachusetts. Especially as inflation sky rockets the price of groceries.

Jennifer Good-Schiff, volunteer at the Amherst Survival Center told 22News, “I personally love just looking at all the fantastic food that I would eat myself and knowing when we put that together, it’s going to someone who I know can’t afford that, and that just means a lot to me. That I’m making a difference.”

Some racers said they’re hoping to make the annual run a tradition and a learning moment for their kids.

“I’m so proud of you competing,” Monica Lavin said to her son Lucas Lavin.

“I did a very good job. This might as well have been the best race ever,” said Lucas.

To learn more about the Amherst Survival Center and how to help, click here.

This Is Why We TRASH PICK Millionaires Homes!

A snow storm has swallowed the USA!