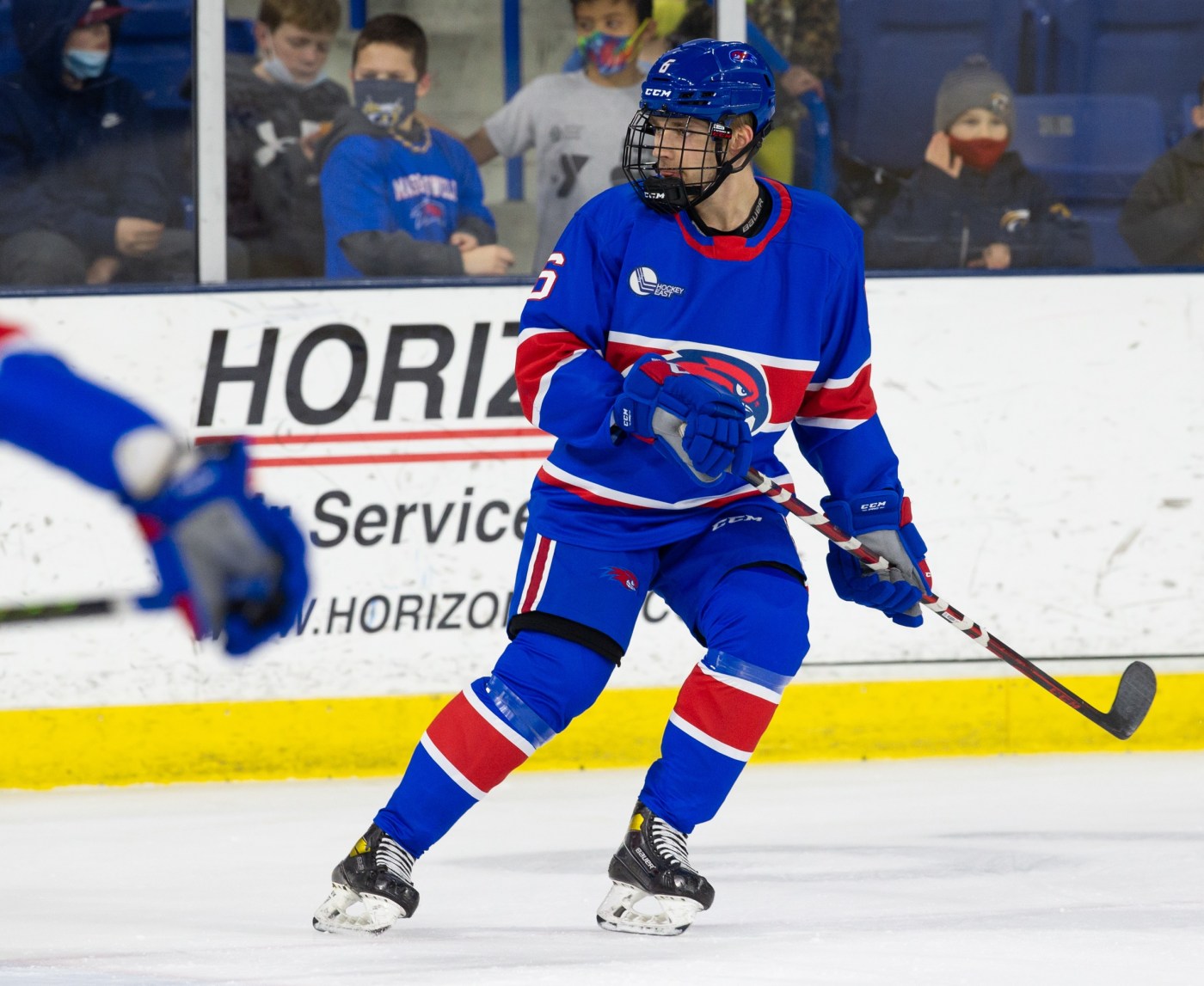 LOWELL — His goal, one year after making the decision to leave Sweden to play in North America, was to carve out a spot on UMass Lowell’s roster.

Jonsson, who has collected four assists in his last six games, was named the Hockey East Defender of the Week after helping the River Hawks earn a weekend split with Providence. In Friday’s 3-2 win at the Tsongas Center, Jonsson dished out two assists.

“His transition game has come alive. We saw it in junior hockey, right? He contributes to our transition game. It’s been great because we need that,” UML head coach Norm Bazin said.

Bazin said Jonsson has been a solid player all season for the River Hawks despite his 5-foot-10, 173-pound stature.

“I’m not worried about his size,” Bazin said.

Jonsson has been able to play in all situations. He credits his ability to jump into UML’s lineup right away with his decision to leave Sweden — he grew up in the town of Angelholm — and join Tri-City of the United States Hockey League.

“I felt it was important to play the year in the USHL,” Jonsson said. “There’s a big difference between European hockey and North American (hockey). I came (to UML) with the mentality to just have a spot to play. I play a lot of minutes and I’m grateful for that. I’m trying to contribute as much as I can.”

His father, Benny Jonsson, played professional hockey in Sweden for 11 seasons, and coached his son until Isac was 13 years old. A terrific skater, Jonsson said his skating skills also come from his mother, Asa, a figure skater.

The only thing that has eluded Jonsson is his first collegiate goal. He notes he’s been close “multiple times” and says, “I hope I can get one in there.”

It was announced Tuesday that senior goaltender Owen Savory is one of 11 semifinalists for the Mike Richter Award, given to the nation’s top Div. 1 goaltender.

Savory was originally named one of the top 35 goalies. A transfer from RPI in his second year at UML, Savory ranks sixth in the country in goals against average (1.91), ninth in save percentage (.925) and tied for sixth in shutouts (4).

The inaugural winner of the Richter Award in 2014 was UML’s Connor Hellebuyck, now an NHL star with the Winnipeg Jets.

Korencik missed six games with a hand injury. He was rusty in his first weekend back, but he was considerably sharper last weekend, at both ends of the ice, against Providence.

“I thought it was one of my best weekends in my three years,” he said. “I was ready in a mental and physical way. I’m trying to work on my offensive skills. I know it’s a huge part of the game.”

Among Hockey East freshman forwards, only Justin Hryckowian (6-14-20) of Northeastern has more points than Matt Crasa (10-7-17) and no rookie has more goals than the UML frosh. UMass Amherst freshman defenseman Scott Morrow also has 10 goals. … UML will host Long Island University on Friday (7:15 p.m.) in a makeup game. LIU surprised UML during a 3-3 tie in Lowell on Nov. 3. The River Hawks close out the regular season next weekend with two Hockey East games against New Hampshire. “We have to fine tune our playoff game,” Bazin said. “That’s all I’m worried about. I don’t care about the (Hockey East) standings.” UML is tied for first place with UMass Amherst with 40 points. UMass Amherst, Connecticut, Merrimack, Northeastern and Boston University can pass UML this weekend.