VIDEO: Group of dirt bikes and ATVs on Berkshire Avenue in Springfield 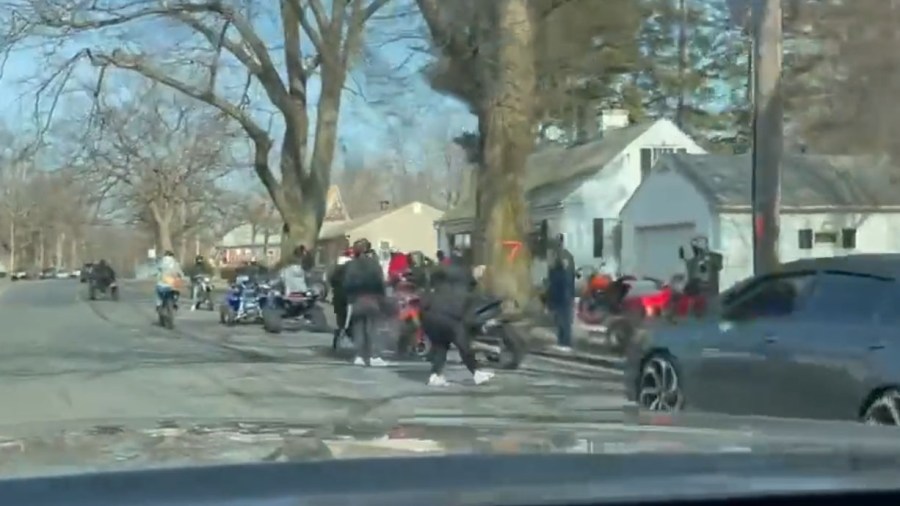 SPRINGFIELD, Mass. (WWLP) – As the warmer weather approaches, so does the return of dirt bikes on city streets.

A Springfield resident shared a dashcam video with 22News of a group of dirt bike and ATV riders on Berkshire Avenue in the Pine Point neighborhood last Friday. Some riders could be seen on the street doing wheelies and blocking traffic. As the resident drove by, you could see more than a dozen dirt bikes and ATVs and even more people on the side of the street.

Springfield police told 22News they are already cracking down on illegal dirt bikes this year, with 15 bikes already seized in 2022. Just this week, sox of them were seized on Tuesday.

On Wednesday, 22News talked to a Springfield resident that thought the city should take other measures to reduce illegal dirt bikes on the streets.

“I think if they were to build some kind of raceway, park or something, they could ride more safely,” Dan Frye of Springfield suggested. “I would hope they would want to use them. Sometimes you just get the impression that they are just kinda doing it for the thrill of riding it in traffic.”

Tractor-Trailer nearly crashes into other vehicles on Louisiana highway

4 hurt when car plunges 40 feet onto railroad tracks in…

Parents sign petition for solution to get South Hadley…

Prep for the best season ever – Lowell Sun

Springfield students give back to first responders | News