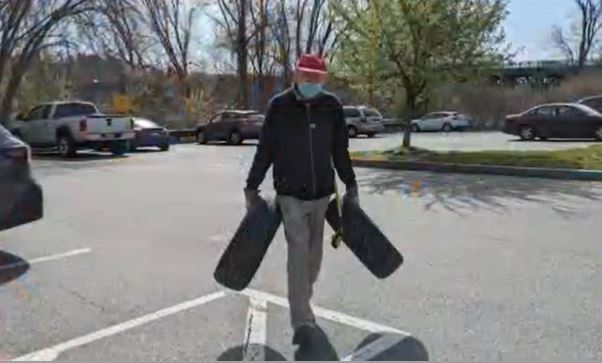 The Westfield River watershed was cleaned up Sunday. Just as Jack Coughlin did a couple times a year until his untimely death. Agawam volunteers joined supporters up and down the Westfield River removing debris.

Coughlin was struck by a car and died at the age of 72 last April. Now his memory lives on and so does the tradition of cleaning up debris along rivers in western Massachusetts.

22News spoke with Coughlin’s son, Jack who said, “You can go back 24 hours later, right, this is just two days later, and I’m picking them up left and right.”

Jack Coughlin was known for discarding Nip Battles along Massachusetts roads and rivers.

CDC urging pregnant women to get vaccinated against COVID-19

Celtics rout Bulls for 50th, close in on No. 2 spot in East…

US to reopen land borders in November for fully vaccinated

Part of Riverdale Street in West Springfield to close…