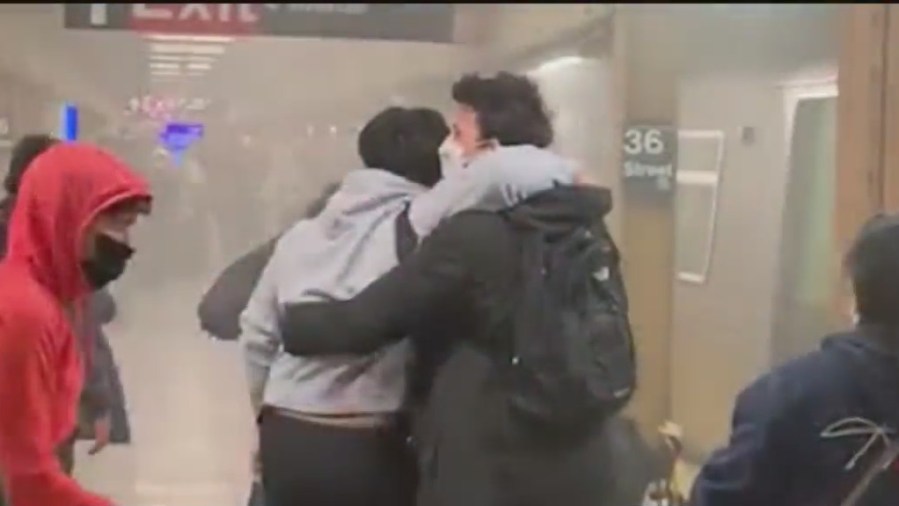 NEW YORK (PIX11) — Mayor Eric Adams will honor MTA workers who raced to save lives and calm panicked New Yorkers in the wake of the subway attack in Brooklyn on Tuesday.

The mayor, who is isolating after testing positive for COVID-19 on Sunday, was expected to hold a virtual ceremony Friday around 10 a.m. PIX11 News will livestream the event in the video player above. Refresh this page for updates.

Ten people were shot and another 13 were injured when a man pulled on a gas mask, set off smoke bombs and opened fire on an N train in Brooklyn during Tuesday morning’s rush-hour commute. Terrorized and injured straphangers rushed off the train at the 36th Street station in Sunset Park.

MTA employees on the train and at the station helped the victims in the chaotic aftermath. The hero workers were expected to receive special proclamations from the mayor during Friday’s ceremony.

The suspect, Frank R. James, was arrested on Wednesday. He appeared in court on Thursday and was ordered held without bail.

Why Study In USA ? Full Review!

Woman's car shot at on Route 1in Peabody

West River Street in Orange closed due to structural…

Residents show their support for local truckers on…

Florence man in Russia trying to help family leave the…

‘Quad-state tornado’: US may have just seen 1st-ever event…

Granby horse leaves for Wyoming to be fitted with prosthetic…