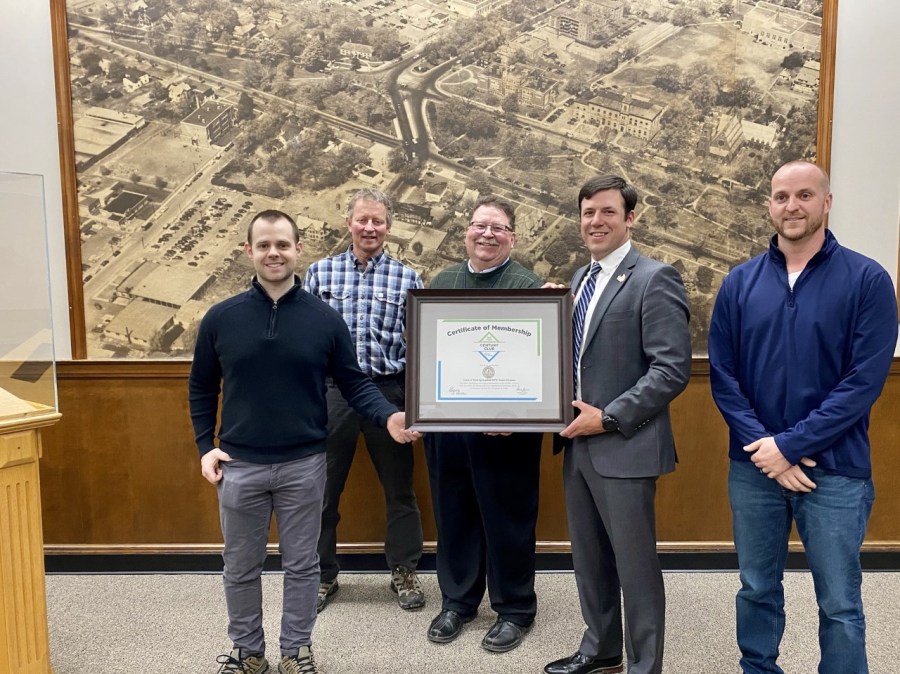 The Water Division received the designation during a ceremony on April 5 at town hall.

According to Jeffery Auer, West Springfield’s Deputy Director of Water, in 1875 the West Springfield Aqueduct Company began water service operations when a 16″ transmission main was installed with 8” and 6” distribution mains, some of which are still actively in use.

Paul Hanson, Executive Director of DIPRA presented the plaque. “This presentation also allows us to recognize the daily commitment of your water division and engineering professionals, both past and present, to provide the citizens of West Springfield with safe, plentiful and reliable drinking water,” remarked Hanson.

West Springfield is the 547th member of the Cast Iron Pipe Century Club nationwide and the 54th water utility in Massachusetts to be recognized by DIPRA.

Bridge of Flowers reopens for tourism in Franklin County

Winners announced for third round of Vaxmillions giveaway |…

What you need to know to have a successful Festivus…