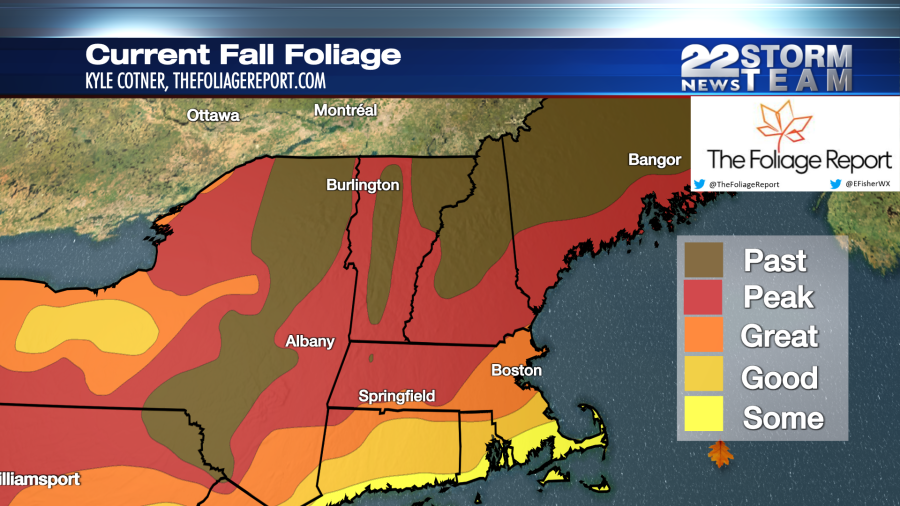 (WWLP) – The fall foliage map is released for the western Massachusetts area every Monday.

The map is complied from The Foliage Report which shows the week of October 25, most of the western Massachusetts area is in its peak color, with a portion of northern Berkshire County with past the color such as North Adams. There is great color in the eastern part of the state.

Typically, in an average year, the lower Pioneer Valley’s foliage peaks around mid-October, with some higher elevation areas, like the Berkshires, changing earlier than that. But with the delay this year, the best color has come closer to the end of October to see the best of it in the Springfield area.

Suspect arrested after robbing an 84-year-old woman in Ware…

Poll puts Healey, Diehl ahead of pack and doubts surtax…