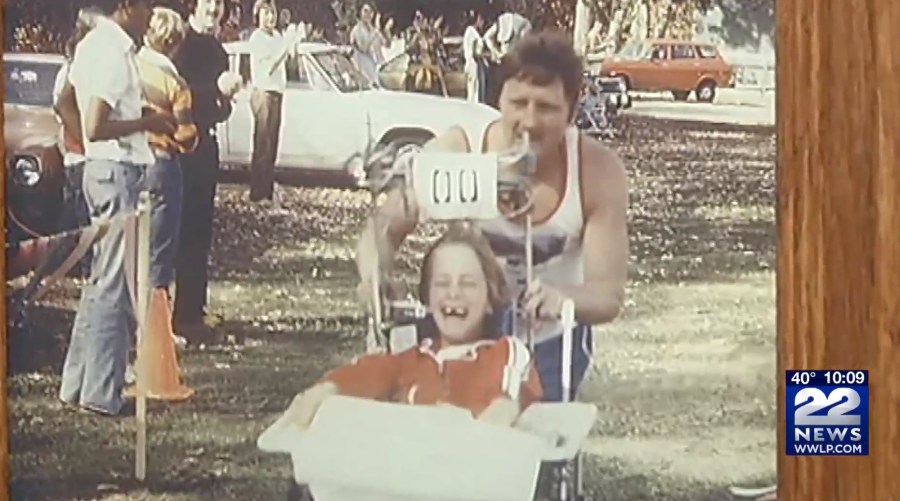 HOLYOKE, Mass. (WWLP) – Dozens near and far from the commonwealth recognized runners being inducted into the Western mass runners hall of fame. That included a father and son duo.

10 runners were recognized on Saturday evening for their contributions to the sport of running.

Two of those runners were Dick and Rick Hoyt from western Massachusetts.

“There are some wonderful inductees tonight and I’m honored to be part of it,” said Arnold Stetson Western Massachusetts Runners Hall of fame inductee.

After a year hiatus runners from the commonwealth were honored at an induction ceremony for the Western Massachusetts Runners Hall of fame at the Holyoke Elks Lodge, to recognize the runners accomplishments and community efforts.

“The running community is able to gather tonight and recognize some of these ten and we’re looking forward to future inductees,” said Kevin Pfau, who is on the board of directors for the Western Massachusetts Runners Hall of Fame.

Some of the 10 runners who were recognized tonight were Stetson Arnold and legendary Boston marathoners Rick and Dick Hoyt. Hoyt would push his son Rick in his wheelchair every Boston marathon for decades. Dick passed away last year, and was recognized at Saturday’s event.

“We’re very proud of that all they have done for you know the racing community and for those facing challenges they have, it was historic what they did and monumental,” continued Pfau.

“We were able to win the state championship twice it feels good to be remembered and I appreciate that because it was a long time ago,” said Arnold.

All of the runners that were inducted received an official plaque commemorating their achievements within the running community and for their efforts here in western Massachusetts.

Delays expected for Route 5 in Holyoke due to paving

Crews respond to house fire on Montclair Street in…

New laws take effect across US on abortion, policing, taxes…

Remembrance held in Springfield for first responders who…