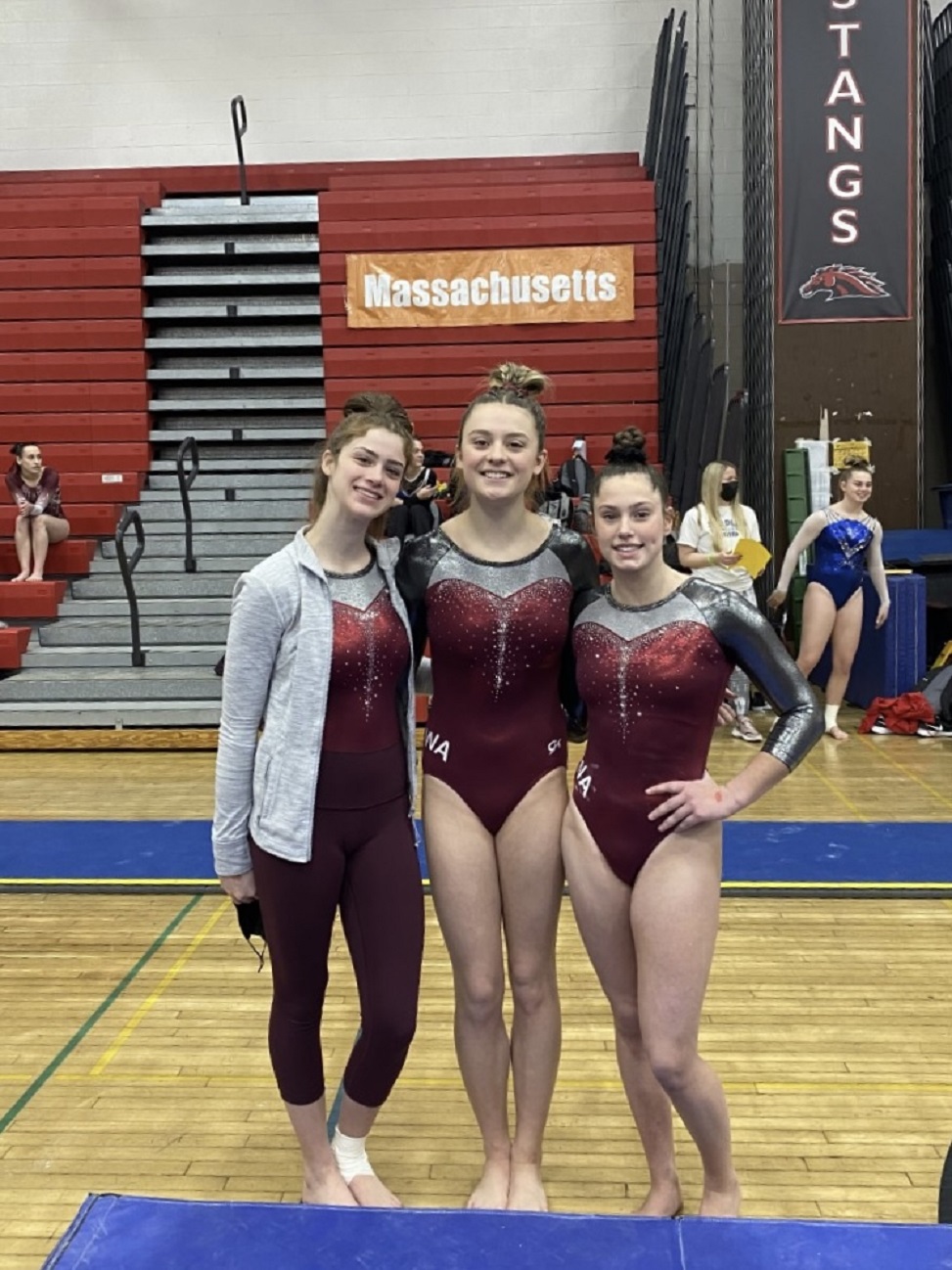 “Overall I had an amazing experience at New Englands with my teammates Ellie (Cioffi) and Mina (Kiefer),” said Murphy. “I’m happy to have placed fifth with all of the other great gymnasts. I also want to thank my incredible coaches for being there and helping me throughout the season. I can’t wait for next year.”

Kiefer participated in the bars and scored an 8.0 to finish in a tie for 69th place.

The Pelham, New Hampshire team had two representatives as Gabrielle Minuti tied for 31st place on the bars scoring an 8.725 and Allison Hardy finished in a tie for 83rd place on the floor exercise with an 8.1 score.

On the team side, the Co-Op team of Groton-Dunstable/Concord-Carlisle/North Middlesex/Littleton finished in fifth place, scoring a whopping 141.375 points, a big improvement from taking seventh at the state meet.

“This team is a pleasure to coach in every way,” said head coach Bill Kane. “They are talented and hardworking, but more importantly they are kind and supportive of each other and other teams.  They are truly a spectacular combination and we can’t wait until next season.”

Charlotte Woodbury had an outstanding day to lead the way as she placed tenth in the all-around competition with a 36.50 score. Among her highlights included finishing in a tie for third place on the bars with an excellent 9.025 score, while she was tied for 21st on the beam at 9.10, tied for 27th on the vault at 9.0 and tied for 31st on the floor at 8.90.

“I’m so proud to have been a part of such an amazing team,” she said. “Having such a great meet to finish this season was the perfect way to cap this year.”

Her teammate Nina Scaramucci finished in a tie for 27th place in the all-around with a solid 35.0 score, which included hitting an 8.950 on the floor and vault, an 8.7 on the bars and an 8.40 on the beam.

Selling or buying a home with crumbling foundation

Ghosts of America's Past: Buildings of the Kirkbride Plan

Welcome Back! Le Greque in Springfield reopens after…

The City of Springfield Raised $10k in support of Rays of…