What is the SWIFT banking system and why hasn’t Russia been removed from it? 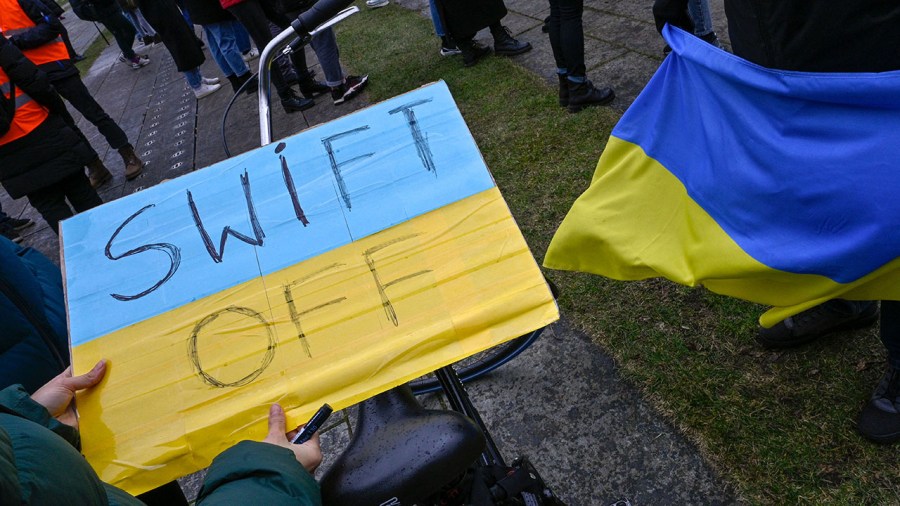 (NEXSTAR) – Countries around the world have rushed to impose penalties on Russia following its attack on Ukraine, but Russian President Vladimir Putin has yet to be faced with perhaps the most brutal sanction of all: a ban from SWIFT.

SWIFT, or the Society for Worldwide Interbank Financial Telecommunication, is a global system that facilitates financial communications between over 11,000 institutions in more than 200 countries. In the absence of military intervention, blocking access to the SWIFT payment system — which is overseen by the G-10 central banks in 11 countries — is thought to be one of the harshest punishments against Russia. World leaders and foreign ministers, however, have yet to impose such a ban.

“It is always an option, but right now that’s not the position that the rest of Europe wishes to take,” President Biden said Thursday, adding that the United States’ initial sanctions on Russian banks is of “equal consequence.”

The hesitation appears to stem from concerns that by removing Russia from SWIFT, there would be repercussions for European countries who rely on Russian exports, making it harder to conduct such transactions, The New York Times reported.

There’s also the concern that Russia may develop a workaround if ultimately booted from SWIFT, which may result in “stronger ties with China or developing a digital currency” to circumvent economic troubles, according to the outlet.

Ukrainian leaders including President Volodymyr Zelensky and Foreign Minister Dmytro Kuleba, meanwhile, have admonished the European Union for failing to include Russia’s removal from SWIFT in their sanctions packages.

“I will not be diplomatic on this,” tweeted Kuleba on Thursday. “Everyone who now doubts whether Russia should be banned from Swift has to understand that the blood of innocent Ukrainian men, women and children will be on their hands too.”

“BAN RUSSIA FROM SWIFT,” he concluded the message.

Among the sanctions that have been announced, the U.S. has cut off major Russian banks from the U.S. financial system and imposed policies that would make it hard for state-owned and private businesses to raise money from investors. Together with allies in the EU, Britain and Japan, the U.S. is also cutting off imports of semiconductors and other high-tech gear.


US warns Americans to prepare for cyberattacks amid Russia-Ukraine invasion

Still, it’s not an impossibility that Western allies may decide to remove Russia from SWIFT. It just hasn’t come to that yet.

Protecting yourself from cryptocurrency-related scams | News

Bounty hunters kidnapped a man for ransom — and police…

Growing need for improving food security at food banks in…

A highway in Philadelphia is under water after the storm…