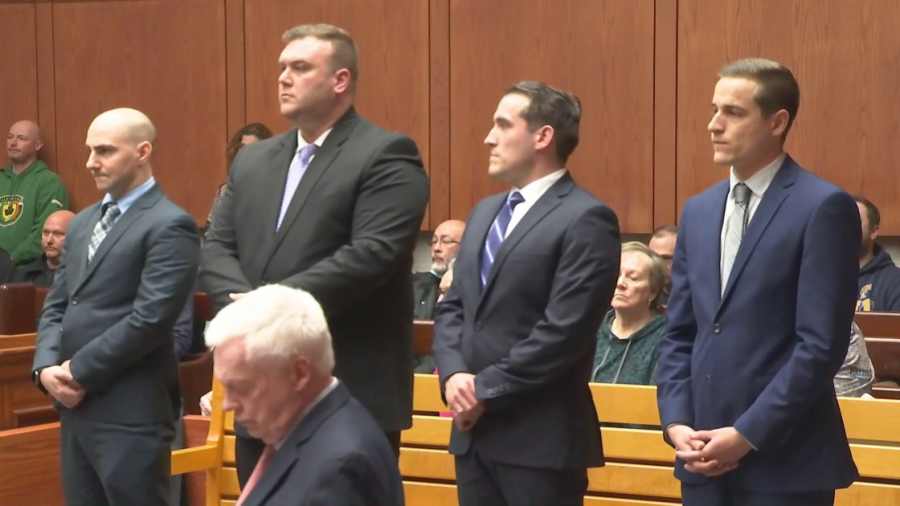 SPRINGFIELD, Mass. (WWLP) – Since the verdict of the so called Nathan Bill’s trial, we’re finding out what’s next for the four officers. Two were found guilty of assault and two others were found not guilty.

Jameson Williams’ lawyer said that after he was found not guilty on all charges, he’s now looking to return to the force.

“Right now I think he wants to get his job back in Springfield and then go from there,” said Williams’ lawyer Dan Hagan.

Almost seven years since the four off-duty officer got into a fight with four black men outside Nathan Bill’s, Attorney Dan Hagan said his client Jameson Williams is looking for his life to go back to normal. However it’s not certain Williams will be able to return to his role with the Springfield Police Department.

Following Thursday’s jury decision, Springfield police spokesperson Ryan Walsh said in a statement, “Superintendent will refrain from any comment until all the cases are adjudicated.”

“Police Superintendent Clapprood and I will continue the implementation of our initiatives and reforms to continue to move our police department forward,” said Springfield Mayor Domenic Sarno.

Anthony Cicero was also found not guilty on all charges in the 2015 fight. Two other officers were found guilty of the misdemeanor charge of assault, Daniel Billingsley and Christian Cicero. However, they were found not guilty of the more serious charges of assault and battery with serious bodily injury and assault and battery with a dangerous weapon.

Attorney Shawn Allyn, who represents Billingsley, told 22News his client is prepared to appeal the decision and will go before a judge next Friday.

Daniel Billingsley and Christian Cicero are scheduled to be sentenced on April 8th, exactly seven years to the day since the assault.

A comeback unlike any other? Tiger arrives at the Masters – Boston News, Weather, Sports

PHOTOS: Injuries reported after car crashes into tree in…

Cybersecurity experts urge Congress to do more to prevent…

FirstLight in process of relicensing hydro facilities in…

Massachusetts: Flooding along the Blackstone River in…

Lucky 13? Next Mega Millions jackpot will be 13th-highest…

LaCedra right at home with decision to join River Hawks –…