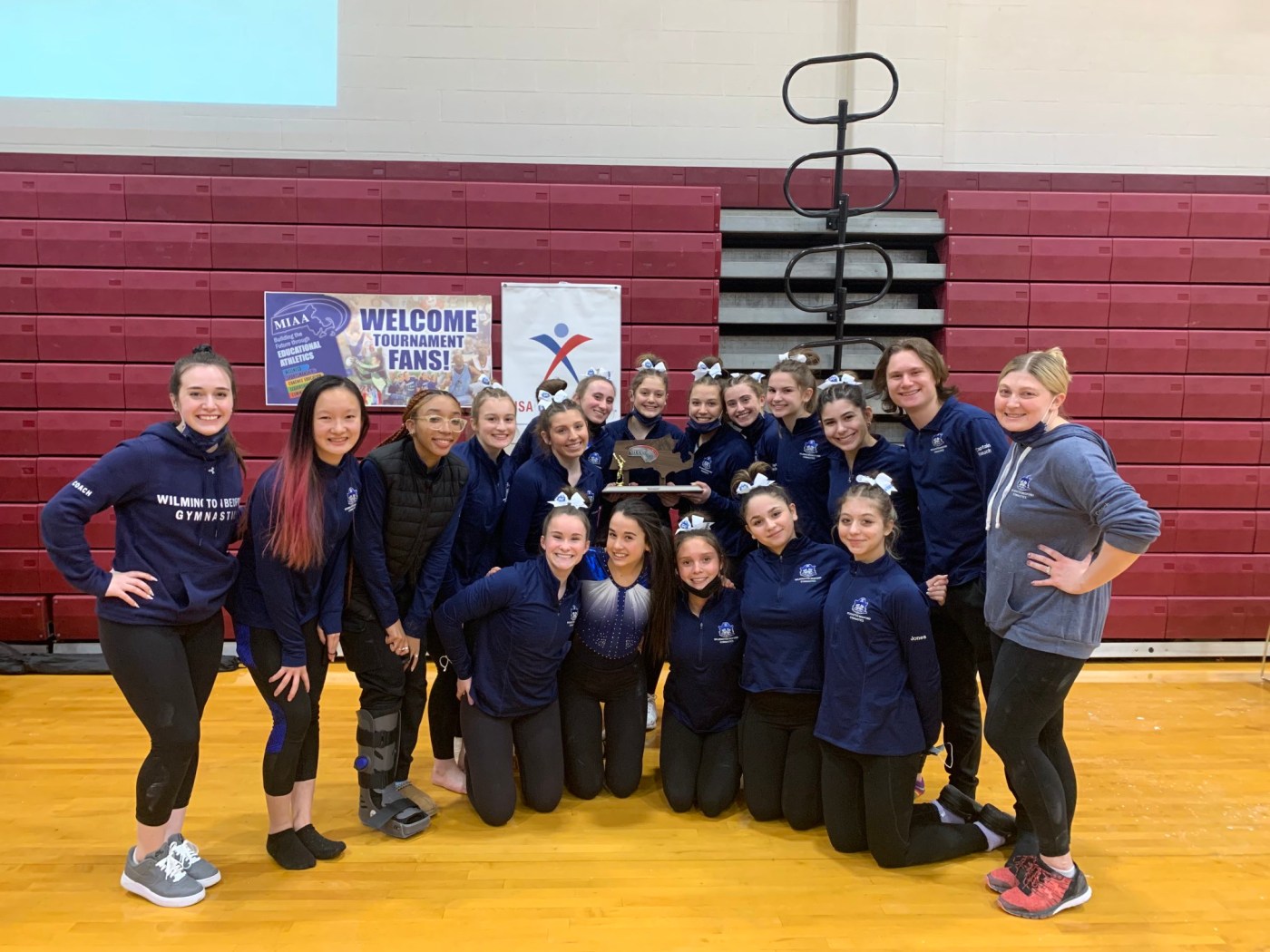 A year ago, the program didn’t even exist.

On Saturday, the Wilmington/Bedford co-op gymnastics team punched its ticket to next weekend’s Championship Meet as one of the top eight teams in all of the state.

The team finished with a season-high team score of 145.075, which was second to Masconomet (147.25) at the North sectional meet.

Reading, Burlington, Andover, Central Catholic, Westford Academy, Winthrop, Newton South, Acton-Boxboro, Wakefield and Melrose finished third through 12th, respectively. The top four teams advance to the state meet along with Franklin, Framingham, Bridgewater/East Bridgewater, and the Groton-Dunstable/North Middlesex/Concord-Carlisle/Littleton, all of which advanced from the South meet.

“Today was a very unexpected second place because we knew that we were the (third seed), but you just never know what the kids are going to do that day, what the equipment is going to be like, what the judges are going to be like and (with all of that) we hit most of our events,” said W/B head coach Kristen Hannon.  “We couldn’t be anymore proud of the kids. We couldn’t have asked them to do anything more than what they did tonight, and we didn’t even have our full line-up because some kids were away with vacation week.”

Wilmington/Bedford was once again led by juniors Emily Provost and Alexa Graziano. Provost was fifth in the all-around competition which included scores of 9.450 on both the vault and floor exercise, and 9.2s on both the bars and the beam.

“I’m so excited. We are a first-year team and a lot of us didn’t know each other before (this all started) because we come from two different towns. So coming together and accomplishing this, none of us would never have imagined,” said Wintner.

Westford, making its 12th appearance in the sectional meet over the last 13 years, finished seventh as senior Maggie Murphy broke her own school record with an all-around score of 37.475, which included an incredible 9.7 on the vault, a 9.350 on the beam, a 9.225 on the floor and a 9.2 on the bars.

“We were seeded eighth so our goal coming in here was to finish eighth or higher and we did (by taking seventh). We had a rough (got of it) on the bars and a few falls on the beam. We had a great season. We were the DCL Champions and then (we finished seventh today),” said WA head coach Stephanie Coburn.

In the South Sectional, the GD/NM/CC/L squad finished fourth with a 139.375 overall score. The team was led by Nina Scaramucci and Charlotte Woodbury, who finished sixth and eighth in the all-around.

Incredible Lightening Phenomenon in the sky of Romania

Why Did the FBI Raid This Solar Observatory? | NASA's…

The True Scale of the World's Largest Airports