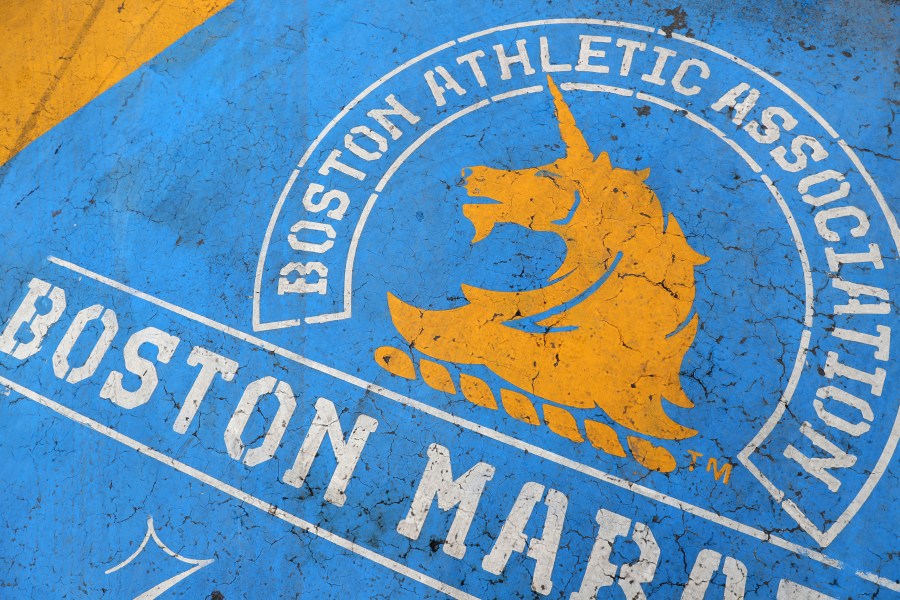 BOSTON, Mass. (SHNS)–Marathon Monday is back, but rising COVID-19 case counts, concerns about MBTA police staffing levels, and a Tuesday morning shooting in New York are casting an early shadow over the storied race scheduled for Monday, April 18.

Early Tuesday morning, a shooting unfolded in a Brooklyn subway where at least ten people were shot during the busy morning rush hour, The Associated Press reported. The MBTA Transit Police said there “is no evidence, credible or otherwise, to suggest the MBTA system is a potential target.” Officials in Boston stressed that the situation in New York is fluid and information is still flowing between Massachusetts law enforcement agencies and their New York counterparts.

Boston Police Superintendent-In-Chief Gregory Long said police will increase their presence around MBTA stations over the next several days and into the weekend. As for the race on Monday, Long said information and intelligence will determine if officials will need to “adjust our assets accordingly around the marathon.” “We’ve asked people every year for a long time, we’re asking you to be vigilant,” Long said. “Although there’s no known credible threat, we’re asking anybody, if you see something, no matter how small, something that seems not right, or something out of the ordinary, we’re urging you, we encourage you to call 911 or if you see a police officer along the route, approach him or her and give them that information.”

Long said the department has developed a “robust and comprehensive security plan” in an effort to ensure the safety of runners, spectators, and visitors who come into Boston this weekend and on Monday. The Boston Police Department plans to deploy every available officer Monday including plainclothes officers and detectives that have been utilized for the last several years. “We’re going to stand up enhanced security checkpoints that will run all the way from Kenmore Square down to the finish line,” Long said. “People coming through these checkpoints can expect to have their bags searched when they come through there.”

Wu, who said she had been in contact with New York City Mayor Eric Adams, said Boston was “very excited” to welcome back the Boston Marathon as an in-person event this year. “This year’s race will mark the 126th running of the world’s oldest, annually held marathon. We are one of five cities across the world known for this level of athletic competition, community and resilience,” Wu said. ” … I’m looking forward to celebrating a safe, fun marathon with everyone in our city and all the visitors that we are eager to welcome.”

Gov. Charlie Baker said Tuesday his administration has had conversations with colleagues at the federal, state and local levels as well as Transit Police. “There’s no sign of any specific threat here in the commonwealth,” Baker said. “We also have opening day [at Fenway Park on Friday, April 15] and the marathon coming up and a whole bunch of other things, you will see a heightened level of presence in most of our public transportation activities over the course of the next week or so.”

Boston Athletic Association President Tom Grilk said he is “not concerned in any unusual way” about Marathon Monday. “We are the grateful beneficiaries, we at the BAA and all involved in the marathon, of the work of all the agencies you see represented here and many others,” he said. “Alert, vigilant in every possible way but knowing that that vigilance is in the hands of all the right people. We are very comfortable to proceed.”

MBTA Transit Police Chief Kenneth Green said there is no evidence — credible or otherwise — to suggest the MBTA system or the marathon itself are potential targets. “With that being said, we will continue to be in constant communication with our local, state, and federal law enforcement partners throughout the day,” Green said.

There are some concerns with staffing levels at the Transit Police and how that might affect logistics this weekend and on Monday. At full staffing, the MBTA Transit Police Department carries 272 officers who respond to calls all along the T and help manage crowd control and security during large events like the marathon. The department is currently down about a third of its force — 88 officers — and several more are expected to leave in the coming months, MBTA Police Association President Robert Marino told the News Service.

The shortage of officers creates a “logistical nightmare” for Transit Police during large events, Marino said, adding the department has been without a contract for nearly four years. “When you have something like the marathon coming, it’s all hands on deck, and naturally fewer people to have out there creates problems for you,” Marino told the News Service. “… It doesn’t get easier when I know for a fact right now that there are three guys actively in the process of leaving this department. And there are two retirements that are coming up in the next month. So we’re gonna lose another five bodies within the next 30 days.”

MBTA Transit Police Superintendent Richard Sullivan said the department is “confident in our plan” for Marathon Monday and has sufficient resources to carry out their mission for the event. “Currently we do not need to enlist assistance of outside agencies,” Sullivan said in a statement to the News Service. “However, as is alway [sic] the case, we work very closely with the Boston Police Department for any and all major events in the city. If you happen to be on the system Marathon Monday you will see firsthand the visibility of numerous TPD officers at strategic stations.”

Sullivan said the department is in the hiring process and hopes “to have a significant class of student officers in our upcoming Academy Class.” “Law enforcement agencies throughout the country are experiencing recruitment challenges and understaffing,” the statement said. “We harbor a great deal of respect for the MBTA TPD Patrolmen’s Association and their advocacy for their membership. We continue to work with them and we are confident we will get our staffing levels improved with time.”

The marathon is a major economic driver for the Boston area, with the Boston Athletic Association saying it injects more than $200 million into the local economy and draws thousands of visitors to the downtown area to watch some of the world’s most elite runners.

COVID metrics in Boston have been trending upwards in recent weeks with the city’s percent positivity rate crossing the 5 percent threshold officials set as a way to measure how the virus is spreading in the city. Mayor Michelle Wu encouraged attendees to take a test, if possible, before showing up to the marathon. “Even outdoors when many, many people are crowded together, it is a situation where we want everyone just to be aware,” Wu said. “There’s still transmission out in the community, we’re not all the way past COVID … and we are doing everything on our end to monitor all the data very carefully as well.”

The Boston Public Health Commission reported a 5.9 percent positivity rate, according to data updated Tuesday, and 237 positive tests per day, a number that is below the city’s threshold of 339 daily positive tests. For the first time in three years, the Boston Marathon is scheduled for Patriots’ Day and 30,000 athletes are expected to flock to Massachusetts to participate in the 26.2-mile competition. After cancellations and delays over the past several years, organizers are moving ahead with the familiar large-scale, multi-day celebration and competition. Grilk said BAA officials have been working closely with the organization’s COVID-19 medical and event operations advisory group in planning events for the weekend leading up to the marathon and race day.

The Boston Athletic Association is requiring all participants, volunteers, staff, and vendors to be vaccinated against COVID-19 or provide a medical exemption form. “Just as our advisory group helped us in October, we’re sure that their guidance will allow for a successful and safe return now in April,” Grilk said. “We look forward to not only the return to the marathon on its traditional Patriot’s Day date after over 1,000 days, but also to our BAA 5k and our invitational miles and our youth relays on Saturday.”

The marathon has run into more than a few hiccups during the pandemic. In 2020, when COVID-19 was first starting to run rampant in Massachusetts, organizers initially rescheduled the race from April to September. As cases started to skyrocket, then-Boston Mayor Martin Walsh canceled the race as a mass participation road running event, and organizers shifted to a virtual format. Marathon runners didn’t have a chance to run in April in 2021 as the Boston Athletic Association moved the race to Oct. 11.

On Tuesday, Wu said the Boston Public Health Commission is monitoring a number of metrics outside of percent positivity rates like wastewater data, where she said officials have “seen a pretty big increase, over 100 percent increase from today compared to two weeks ago.”

Philadelphia’s Department of Public Health announced Monday that masks will be required in all indoor public spaces starting Monday, April 18.

In Boston, Wu said “we’re not there yet in terms of the sort of multilayered metrics that we’re watching to move back into a masking mandate.” “We do want to just note that the numbers have been on a little bit of an uptick and so we’re watching that very carefully here,” she said.

Westfield mayoral candidates face off in debate at Wesfield…