Zelensky to make virtual address to US Congress 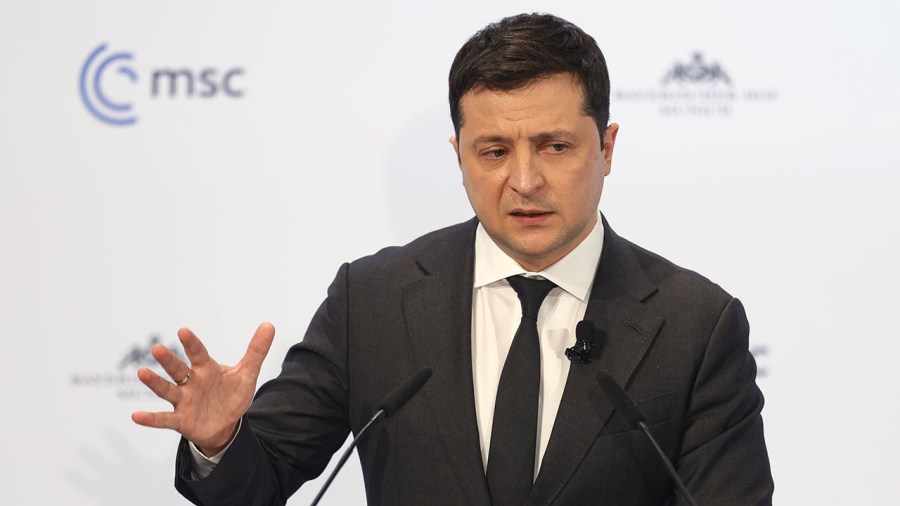 “As war rages on in Ukraine, it is with great respect and admiration for the Ukrainian people that we invite all Members of the House and Senate to attend a Virtual Address to the United States Congress delivered by President Volodymyr Zelenskyy of Ukraine on Wednesday, March 16th at 9:00 a.m.,” they wrote.

The speech is only open to members of Congress. To attend, lawmakers who aren’t fully vaccinated will need to wear a mask.

The virtual address comes after roughly 300 members of both the House and Senate participated in a Zoom call with Zelensky earlier this month.

Since then, Congress has moved to provide $13.6 billion in Ukraine-related aid. The House also passed legislation last week to cut off Russian oil and is expected to take up legislation this week ending normal trade relations with Moscow.

But Zelensky has pushed the United States, along with countries in Europe, to help implement a no-fly zone.

The administration and lawmakers are largely opposed to that because of concerns it would lead to direct conflict between the United States and Russia and spiral into a larger war. Zelensky is also asking for more planes and other military equipment as Ukraine tries to fight off a much larger Russian army.

“The Congress remains unwavering in our commitment to supporting Ukraine as they face Putin’s cruel and diabolical aggression, and to passing legislation to cripple and isolate the Russian economy as well as deliver humanitarian, security and economic assistance to Ukraine. We look forward to the privilege of welcoming President Zelenskyy’s address to the House and Senate and to convey our support to the people of Ukraine as they bravely defend democracy,” Pelosi and Schumer wrote in the letter.

Kevin Garnett’s No. 5 raised to the rafters – Lowell Sun

Suspect arrested in connection with arson fire at…

Expert discusses asking for a raise to keep up with…

The Very 1st Lollapalooza | You Had To Be There

Go ahead, enjoy your memes – they really do help ease…

Springfield Thunderbirds defeat the Hershey Bears ahead of…

‘Girls on the Run’ hosts 5k in Holyoke

A reform of the National Labor Relations Act is needed to…