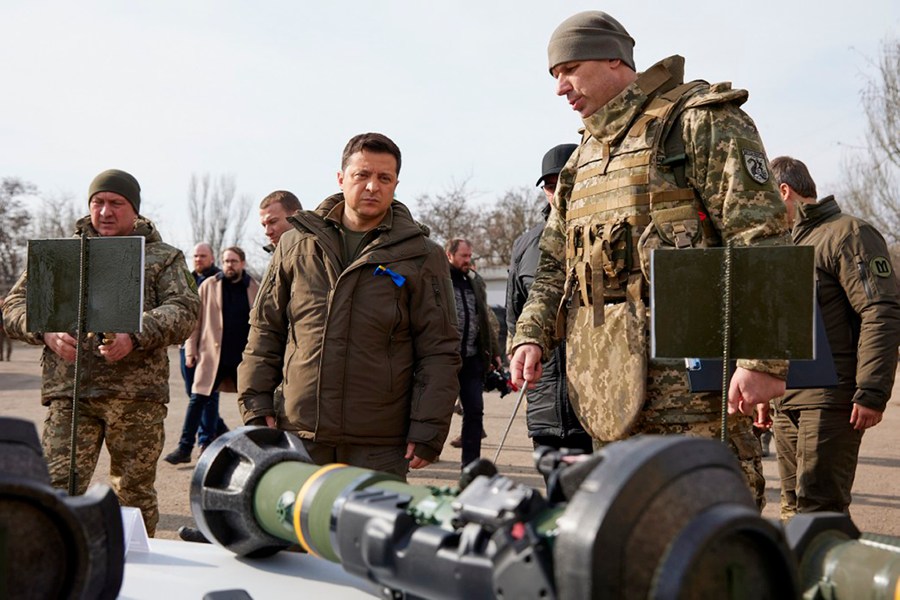 (NewsNation) — Ukrainian President Volodymyr Zelenskyy’s impassioned speech before the U.S. Congress Wednesday was the latest in a series of speeches he’s delivered to the governments of allied states, asking for aid since the Russian invasion began three weeks ago.

As Zelenskyy made his pleas for help, he used a consistent tactic: Arouse sympathies by invoking the histories and heroes of the countries he’s appealing to.

So how have countries around the world responded to Zelenskyy’s requests for help? Here’s a breakdown of what he asked for and what he’s received so far:

What Zelenskyy asked for on Wednesday:

How the U.S. responded:

What the U.S. has done so far:

Zelenskyy urged Canadian parliamentarians Tuesday to expand their efforts to bring peace to Ukraine. He specifically called for additional sanctions and the implementation of a no-fly zone over his country.

What Zelenskyy asked for on Tuesday:

“We are asking for more of your leadership, and please take more, greater part in these efforts, Justin (Trudeau) and all of our friends of Ukraine, all friends of the truth. Please understand how important it is for us to close our airspace from Russian missiles and Russian aircraft…I hope you can increase your efforts, you can increase sanctions so they (Russia) will not have a single dollar to fund their war effort. Commercial entities should not be working in Russia.”

What Canada has done so far:

Last week, the Ukrainian president addressed members of the U.K. House of Commons, the lower house of British parliament, asking for additional support from Prime Minister Boris Johnson’s government. Echoing the words of one of Great Britain’s most celebrated wartime prime ministers, Winston Churchill, Zelenskyy vowed to “fight in the forests, in the fields, on the shores, in the streets.”

What Zelenskyy asked for:

“Please increase the pressure of sanctions against (Russia), please recognize this country as a terrorist state and please make sure our Ukrainian skies are safe.”

How the UK responded:

What the UK has done so far:

Tampa's River O' Green Fest moved to Sunday due to…

One person dead after police-involved shooting on Genesse…

Tropical Storm Henri: Everything You Need to Know As The…

Deadly Tornadoes Rip Across Middle Of US Leaving At Least 50…

Pedestrian hit by vehicle in Monson